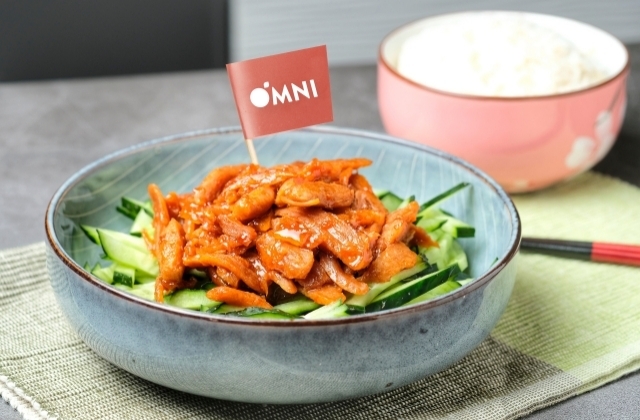 OmniFoods is expanding the reach of its plant-based pork products in the United Kingdom by signing up Sainsbury’s supermarkets as one of their outlets. The OmniPork Strips and OmniPork Mince have been launched in the supermarket chain’s 199 locations across the U.K.

The plant-based pork items are now available and will be found in most Sainsbury’s chilled aisles. OmniFoods’ partnership with the country’s second-largest chain of supermarkets follows the food tech company’s initial entry in the region in March.

The brand’s pork substitute products were first introduced in the country through VeganKind, UK’s no. 1 vegan store. This was followed by partnerships with restaurants in 21 locations via the Big Vegan Pig Out.

At any rate, Vegconomist reported that after dominating the pork plant-based market in Asia, OmniFoods has also been successful with its expansion in other places such as Australia and the U.S. The company’s products are also available now at Whole Foods and Sprouts in America while it is the Woolworth’s stores in the Land Down Under.

“After the successful launch in the U.S. and Australia, we are thrilled to announce that OmniFoods is officially arriving in Sainsbury’s in the U.K.,” OminiFoods and Green Monday Holdings founder and chief executive officer, David Yeung, said in a press release. “Together with our many restaurant partners, we believe we are bringing a whole new dimension of plant-based offerings that will accelerate the movement.”

In Hong Kong OmniFoods is offering a wider range of plant-based food products. Aside from the pork alternative, it is also selling vegan seafood items under its OmniSeafood line.

The available products are Omni Ocean Burger, Omni Classic Fillet, OmniTuna, and Omni Golden Fillet. A new item which is the OmniSalmon is also expected to be released soon.

Finally, the OmniPork products are made with 100% plant sources including protein from non-GMO soy, shiitake mushrooms, peas, and rice. It has low saturated fat, calories, and zero cholesterol content compared to real pork. Then again, customers will barely notice the difference because they offer the same texture, tenderness, and taste.