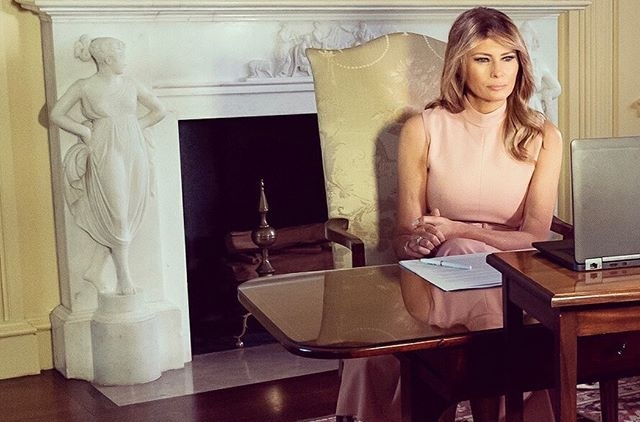 Melania Trump announced just two days ago that she will be revamping the White House’s famous Rose Garden. It was said that in 58 years, this will be the first time that the area will undergo such renovation works.

In the press release that was posted on the White House’s website on July 27, it was stated that the make-over of the historic garden is a move meant to refine one of the most iconic locations on the grounds of the official residence of the US’ president.

“The very act of planting a garden involves hard work and hope in the possibility of a bright future,” the FLOTUS said in the release. “Preserving the history and beauty of the White House and its grounds is a testament to our nation’s commitment to the care of this landscape and our dedication to American ideals, safeguarding them for our children and their children for generations to come.”

The plan for the Rose Garden

It was mentioned that Melania Trump is planning to renovate the area based on the garden’s blueprint that was made in 1962. It means that she wants the Rose Garden to return to its original form when it was first built. They added that this overhaul will also make the drainage better, improved infrastructure and make the place “a healthier environment for plantings that reduce the risk of leaf blight.”

Melania Trump’s renovation plans for the Rose Garden was said to have been approved after going through a process handled by the Committee for the Preservation of the White House (CPWH). The works will make the area not available for events in the next three weeks.

Backlash from the public

While Melania Trump’s intentions for redeveloping the Rose Garden may be good, she was heavily criticized by the public for the project. CBS News reported many people aired their disapproval for the renovation and they posted what they think on Twitter.

One commenter reportedly trended on Twitter after she lashed out on the FLOTUS saying that millions of Americans are suffering today due to the pandemic, yet she will be spending money for the improvement of a garden. Lastly, they criticized Melania Trump by comparing her to the famous queen of France Mary Antoinette.

"I wonder if Marie Antoinette redid the gardens at Versailles when the revolution was brewing," writer Gary Legum tweeted while Majid M. Padellan wrote: "Marie Antoinette would TOTALLY nod her head to Melania trump's tone-deaf aloofness if she still had a head."