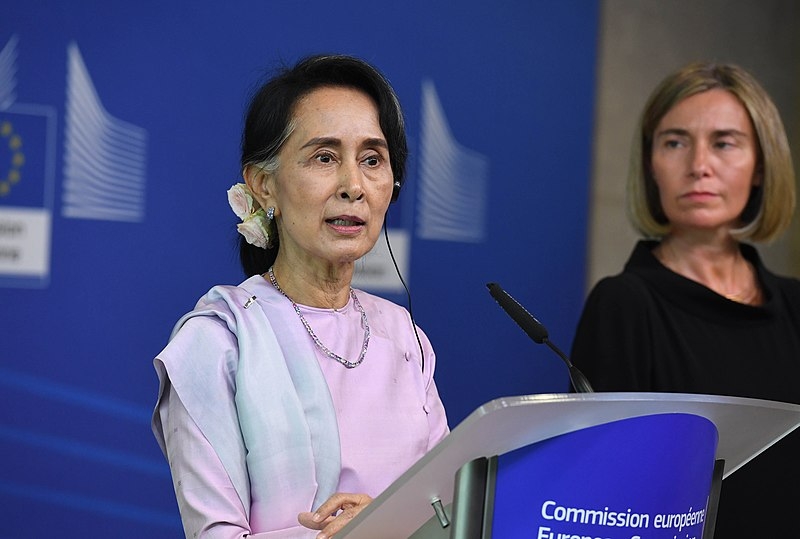 This week, a verdict is expected to be announced for ousted Myanmar leader Aung San Suu Kyi for one of several charges pressed by the military junta. The junta-backed court sentenced the ousted leader to five years in prison in her corruption case.

A court backed by the military generals sentenced Aung San Suu Kyi to five years in prison this week, according to sources knowledgeable of the proceedings. This is the first sentence the ousted leader received for one of 11 corruption charges the military generals placed on her since seizing power back in February last year.

Aung San Suu Kyi was convicted for accepting a bribe of $600,000 in cash and gold bars from Yangon’s former chief minister. The ousted Myanmar leader has denied wrongdoing. Aung San Suu Kyi was already sentenced to six years in prison for five counts of possession of a walkie-talkie and violating COVID-19 protocols.

It remains to be seen whether Suu Kyi will be serving time in prison or do so under house arrest, which she has been in since the coup. Journalists and media outlets were banned from attending the proceedings this week.

Myanmar continues to face political unrest since the generals staged a coup and overthrew Suu Kyi and the democratically-elected government last year. The military has since engaged in a brutal crackdown that killed over 1,700 people and detained thousands who protested.

Since March, the military junta was revealed to weaponize the citizenship of its critics, stripping several diplomats among the 33-high-profile individuals of their citizenship for publicly opposing the regime. Critics condemned the move, saying that it violates international law and is an abuse of human rights.

Three separate notices the junta published through the media cited that these individuals engaged in “acts that could harm the interests of Myanmar.”