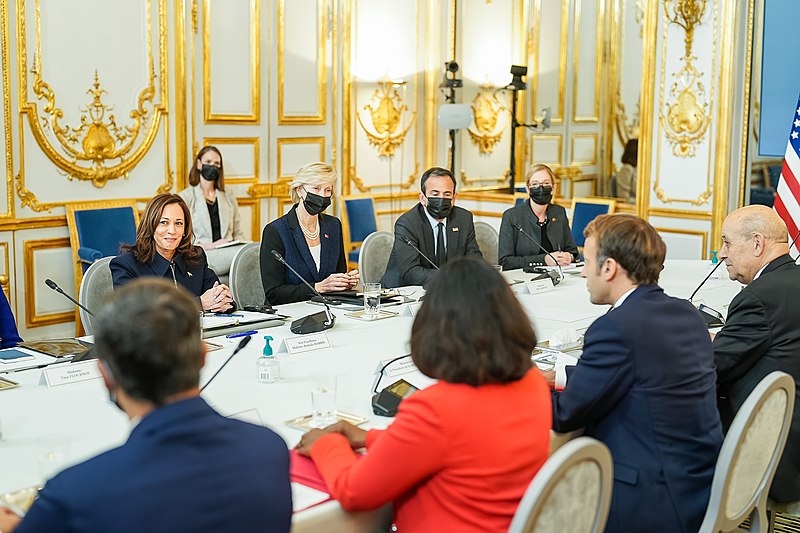 US Vice President Kamala Harris recently wrapped up her five-day trip to France as part of another overseas engagement with the country’s longtime ally. Harris weighed in on the potential invasion by Russia of Ukraine during her trip, saying that the US is still very concerned.

Speaking outside a shop in Paris over the weekend, Harris told the press that the US is still concerned about Russia especially following the crisis occurring at the border between Belarus and Poland. While she said, she could not reveal any other details regarding the conflict between Ukraine and Russia as those are deemed classified, Harris said that the Biden-Harris administration remains concerned.

The vice president said that the world is watching what happens at the border between Belarus and Poland. Harris did, however, formally comment on the issue during a joint press conference during her visit. Harris’s visit is part of the US efforts to further patch up relations with France following the controversy caused by the submarine deal with the UK and Australia.

“On the issue with Belarus and what is happening at the border with Poland, we are very concerned about that and closely paying attention to it,” said Harris at the press conference.

Her comments follow the recent bombing exercises by Russia alongside Belarusian forces and the buildup of Russian troops at the border it shares with Ukraine. This led the US to reaffirm its stance towards its commitment to the security of Ukraine.

The White House also warned the European Union to anticipate a possible attempt by Russia to invade a part of Ukraine similar to their annexation of Crimea back in 2014.

Harris met with French President Emmanuel Macron as part of her visit to further restore relations between the US and France. Following their meeting, Harris also announced expanded cooperation between the two countries in space and cybersecurity issues, according to Reuters.

A statement from the White House said that both Harris and Macron agreed on establishing a “US-France Comprehensive Dialogue on Space” in order to bolster civil, commercial, and national security cooperation. To note, Harris chairs the US national space council.