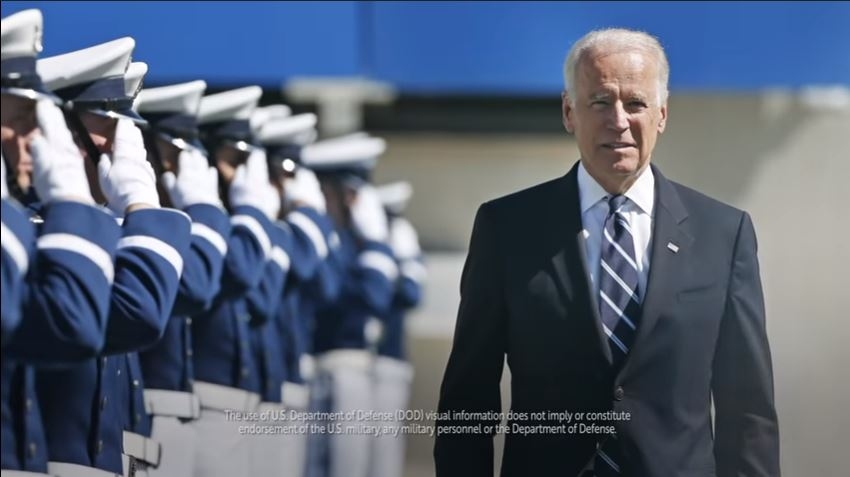 Democratic nominee Joe Biden and his campaign are zeroing on the battleground states more than ever as the elections draw closer. Following the onslaught of backlash from Donald Trump’s comments about US soldiers, the Biden campaign released an ad in the swing states aimed at military families.

The Biden campaign is relaunching one of its campaign ads about the former vice president’s connections to the military and his support for the troops. Americans who live close to the military bases like Fort McCoy in Wisconsin and Fort Bragg in North Carolina will be able to see the ad aired on Facebook and Instagram. Households close to military bases in the two swing states will be seeing the ad. Residents of Pennsylvania, Arizona, and Florida will also be seeing the ad.

The campaign’s relaunching of the ad comes as Trump is currently caught in the middle of the controversy surrounding his snide remarks about US soldiers, describing those who died in the wars as “suckers” and “losers.” Although Trump and the White House aides have denied the reports, four outlets have confirmed parts of the report by The Atlantic over the weekend.

Trump’s previous comments towards the late Senator John McCain as well as former military officials who served in his cabinet have also surfaced, fueling the backlash.

This has since resulted in dropping support for Trump by soldiers serving active duty. Biden has also blasted Trump over the report, reiterating Trump’s “unfit” for office or to hold a second term as president. “If what is written in The Atlantic is true, it’s disgusting and affirms what most of us believe to be true: That Donald Trump is not fit to do the job of president and be commander-in-chief,” said the Democratic candidate.

The former vice president tweeted an ad last week, highlighting the comments Trump has reportedly made. “Mr. President, if you don’t respect our troops, you can’t lead them,” wrote Biden.

Aside from showing the cemetery at Normandy, France in the background of the comments, it also featured the comments made towards McCain. Even after McCain’s death in 2018. The Atlantic piece revealed Trump privately calling the late senator a “loser.” Back in 2015, Trump mocked McCain and his time as a prisoner of war in Vietnam, saying that he preferred people who were not captured.