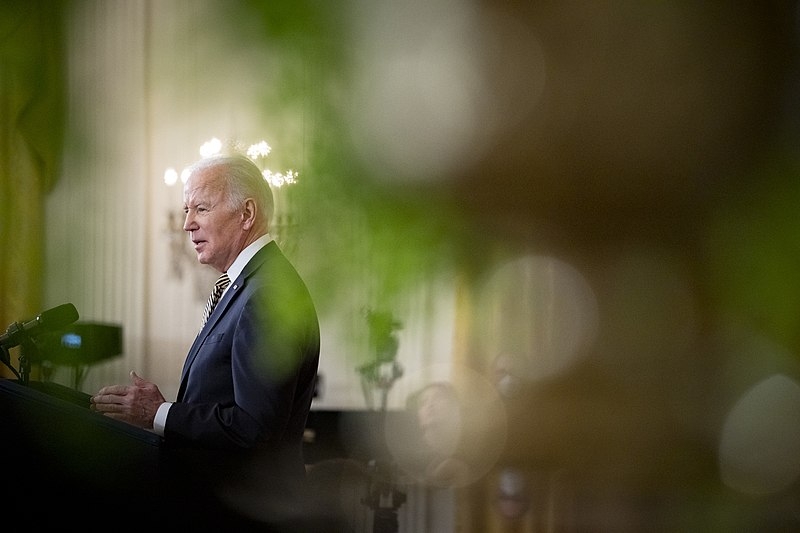 US President Joe Biden weighed in on the increasing culture wars happening in the country. During a White House event, Biden said teachers are being targeted by politicians and warned against banning books.

Speaking at the annual 2022 National and State Teachers of the Year award ceremony, Biden said that politicians are trying to curry favor with their base of supporters by banning books. The US leader was referencing efforts in Republican-led states such as Texas and Tennessee, that are calling for banning books that mostly address racism and LGBTQ issues from school libraries.

Writing organization PEN America said over 1,000 titles of books discussing such issues were removed from school libraries over the past several months.

“American teachers have dedicated their lives to teaching our children and lifting them up,” said Biden. “We’ve got to stop making them the target of culture wars. That’s where this is going.”

“Today, there are too many politicians trying to score political points, trying to ban books,” the US leader also said. “Did you ever think when you were teaching you’d be worrying about book burning and banning books all because it doesn’t fit someone’s political agenda?”

Biden also defended teachers who have come under fire from groups such as “Moms for Liberty” for their approach to teaching racism and slavery in the United States.

In other related news, the US leader is seeking to ask Congress for powers that would allow him to seize and repurpose the assets of Russian oligarchs in the country. The request is part of a larger funding proposal for additional aid to Ukraine as the war waged by Russia moves into its third month.

The White House issued a statement that described the proposal as a “comprehensive legislative package” and that it will bolster the authority of the US Government to hold Moscow and Russian oligarchs accountable for Russian dictator Vladimir Putin’s invasion of Ukraine.

Biden has also asked lawmakers to make it a criminal offense for an individual to “knowingly or intentionally possess proceeds directly obtained from corrupt dealings with the Russian government.”

The measures would increase the statute of limitations for foreign money laundering offenses for up to 10 years while expanding the definition of “racketeering” under US law to include the efforts to evade sanctions and allow the federal government to use the money from selling frozen Russian oligarch assets to help the Ukrainian people.