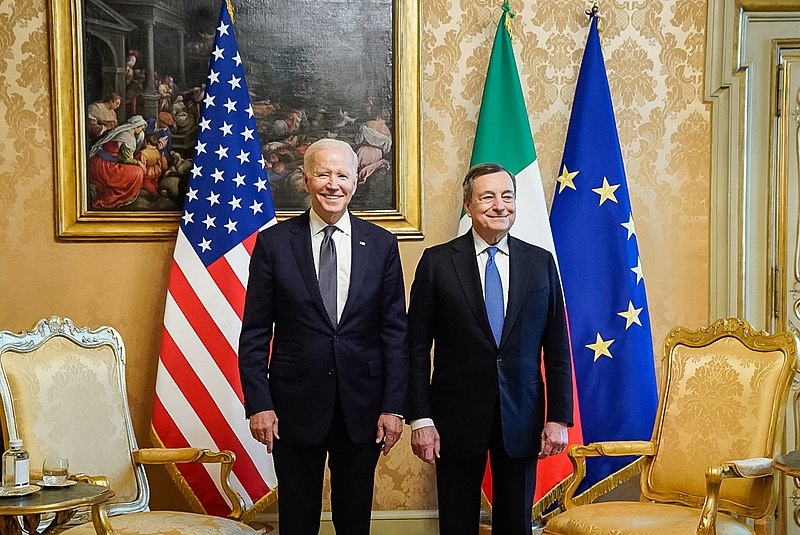 US President Joe Biden will be meeting with several world leaders in the coming weeks in the midst of the ongoing crisis in Ukraine. Next month, Biden is set to meet with his Italian counterpart, Prime Minister Mario Draghi, in Washington.

Reuters reports that Biden will be meeting Draghi as the Italian leader will be visiting Washington next month, both offices have announced. Russia’s invasion of Ukraine will be on the agenda in the meeting between the two leaders, among other key issues. The meeting with Draghi on May 10 will take place ahead of the G7 and NATO summits in June.

“The focus of the meeting will be on the coordination with the Allies on measures to support the Ukrainian people and counter Russia’s unjustified aggression,” Draghi’s office said in a statement.

Both leaders have been coordinating with their fellow western counterparts in response to Russia’s war in Ukraine since invading back in February.

The West has since vowed to continue placing pressure on Russia for its aggression in Ukraine. Regional and global security issues will also be discussed, as well as economic issues, Europe’s energy and security, and climate change, according to the White House.

“This trip will advance the Biden-Harris administration’s rock-solid commitment to a free and open Indo-Pacific, and to US treaty alliances with the Republic of Korea and Japan,” said Psaki.

Biden will be meeting with South Korea’s new president, Yoon Suk-yeol, who will be inaugurated on May 10.

In Japan, Biden will also be participating in a quadrilateral summit with the members of the Quad alliance: Japan, Australia, and India. This will mark the US leader’s first trip to the region since taking office in January 2021.