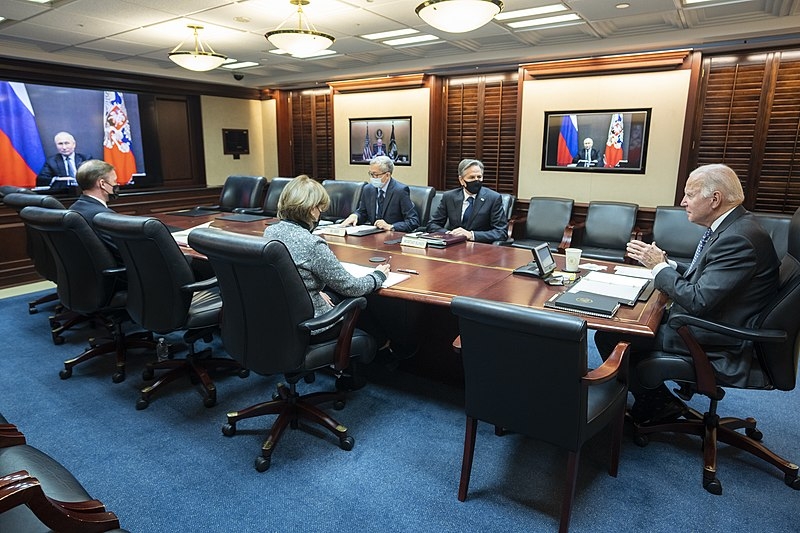 The previous weeks saw tensions between Ukraine and Russia escalate due to the buildup of troops at the border the two countries share. With the concerns of an invasion, US President Joe Biden is considering imposing sanctions on Russia to prevent an invasion from happening.

The Biden administration is looking into imposing sanctions against Russia that aim to prevent President Vladimir Putin from invading Ukraine, according to CNN. The new sanctions will target Putin’s inner circle along with Russian energy companies. The final decisions on the sanctions have yet to be made as the administration is in discussions with European partners who have close economic ties to Russia to hopefully coordinate action.

People familiar with the matter said that the new sanctions will target a range of other sectors, including the energy producers as well as the Russian banks. The new sanctions can also potentially target Russia’s sovereign debt. Top Russian oligarchs will also be targeted by the sanctions through limited travel and access to banking and credit cards.

Biden told reporters Friday last week that he was “putting together what I believe to be the most comprehensive and meaningful set of initiatives to make it very, very difficult for Mr. Putin to go ahead and do what people are worried he might do.”

In other related news, Biden marked the 80th anniversary of the attack on Pearl Harbor. The US leader visited the World War II memorial in Washington early Tuesday morning with first lady Dr. Jill Biden. Dr. Biden laid a bouquet at the New Jersey pillar of the memorial in honor of her father Donald Jacobs, who served as a Navy Signalman during the war.

The wreath that the Bidens laid at the memorial included a wild sunflower, the state flower of Kansas, also in honor of Republican senator and World War II veteran Bob Dole, who passed away over the weekend at the age of 98.

The National Park Service and the US Navy also held other remembrances of the date, when the Japanese forces attacked a US Naval base in Pearl Harbor, Hawaii on December 7, 1941. The US would defeat Japan in 1945, days after the US bombed Hiroshima and Nagasaki.