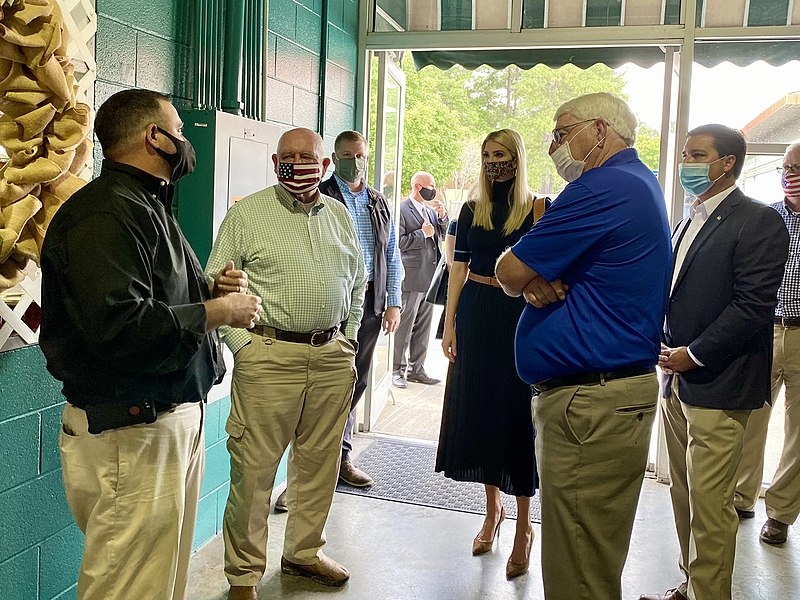 US Department of Agriculture / Wikimedia Commons

This week will see Ivanka Trump, Donald Trump’s eldest daughter and White House adviser, on the campaign trail on battleground states. One of her first stops is in North Carolina where she talked to her fellow Republicans to boost Trump’s reelection chances.

Ivanka visited a bakery in Wilmington, North Carolina, where she talked to Trump supporters and fellow Republicans present about the choice they have to make in the November elections. The White House adviser described her father as “the most authentic president” while his Democratic opponent Joe Biden as a “vessel” for a faction of the Democratic party.

“On one hand you have a person who is a vessel for whatever the fringe of the party or the mainstream media want him to be, but on the other hand you have someone who is arguably the most authentic president we’ve ever had,” said Ivanka.

Ivanka’s visit to North Carolina is a crucial one as Trump needs to win over the state again this year to get reelected. The state is also known to have 15 electoral votes, a must for Trump to win a second term.

Ivanka also talked about her father’s accomplishments throughout his presidency so far such as the First Step Act which would remove the “three strikes” life sentence for certain crimes and providing judges with more discretion in sentencing non-violent crimes. “Of all people who’ve talked about impacting the system for the better, it was this president who delivered the most historic criminal justice reform that we’ve had in a generation and it’s just getting started,” said Ms. Trump.

Meanwhile, Ivanka’s mother, Ivana Trump, praised her daughter in an appearance at a British talk show Loose Women. Ivana, who is Donald Trump’s first wife, said that Ivanka could be the first female president of the country in the future.

Ivana talked about her daughter’s advisory role in the White House, as someone who is always around the president and who knows the ins and outs of what happens in Washington. Ivana then went on to say that her daughter could definitely become the first female president of the United States.

“She’s smart as hell, she’s beautiful, she’s au courant, and how much more could you have?” said Ivana.