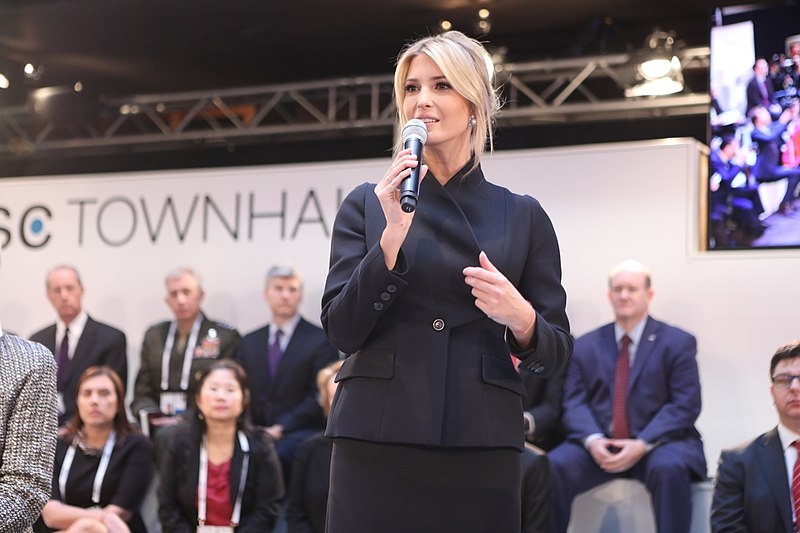 While a book by Stephanie Winston Wolkoff reveals a bit about Ivanka Trump’s relationship with her step-mother and first lady Melania Trump. Now, Michael Cohen’s book reveals what Ivanka’s relationship is with her half-sister Tiffany Trump.

In Cohen’s book, “Disloyal: A Memoir,” it details how Ivanka took part in undermining her half-sister. Tiffany is Ivanka’s half-sister through their father Donald Trump’s second marriage to Marla Maples. Ivanka’s attempts to disparage Tiffany, Cohen wrote, especially came when Tiffany tried to explore a role in their father’s life that Ivanka felt was only hers, as Trump’s supposed favorite child. However, according to Cohen, that was just one of the ways Tiffany was treated differently than the rest of her half-siblings.

When Tiffany spoke about her father at the Republican Convention, some noticed that she did not try and humanize Trump, but rather repeated the talking-points made by their fellow Republicans about the administration’s policies. This led to Tiffany getting mocked by many, who have called her Trump’s “forgotten child” who is seeking to earn her father’s attention.

Cohen’s book was published while he is on house arrest while serving time after pleading guilty in 2018 for violating campaign finance laws as well as lying to Congress. The former attorney to Trump also revealed how his own daughter expressed disappointment in finding out how Tiffany was being treated. “I also really felt for Tiffany and the way she was treated. The pecking order of the kids was painfully apparent. Trump was very specific about his views on the importance of female beauty in measuring the value of women, including inside his own family,” said Cohen.

Although Ivanka and her siblings Donald Trump Jr. and Eric Trump have presented themselves as surrogates for their father, Cohen revealed in his book that the three of them once had a differing opinion from Trump during his presidential campaign in 2015. Cohen wrote that they once wanted their father to suspend his campaign and drop out of the race following his remarks against immigrants and Hispanics.

Ivanka, Don Jr., and Eric were shocked at their father’s incendiary remarks and wanted him to suspend his 2015 campaign, raising concerns that it would damage their reputation as well as the company’s. As the three of them had this fear of confronting their father about it, they approached Cohen, he wrote.