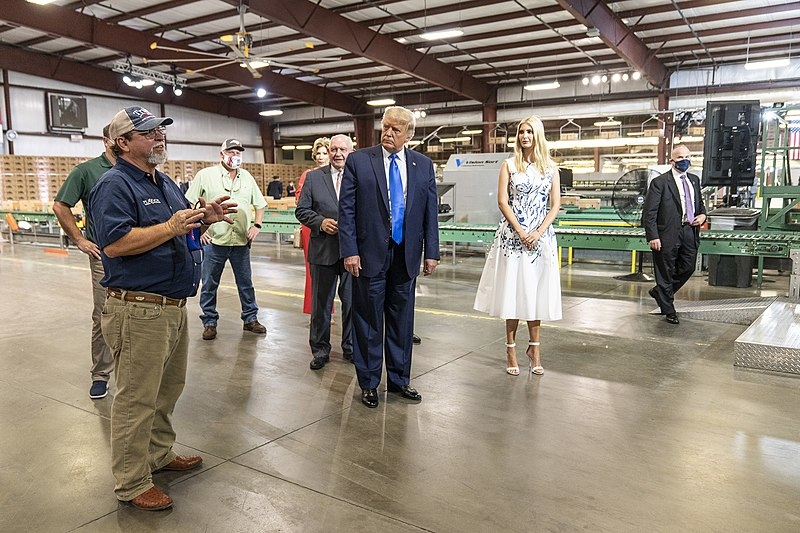 Ivanka tweeted a video of her husband taking a commercial flight along with the administration’s National Security Adviser Robert O’Brien in their seats, with others around them foregoing face masks and social distancing guidelines. “History made! #BTS Jared and NSA O’Brien on the 1st commercial flight ever between Israel and the United Arab Emirates!” wrote Ivanka on the caption.

However, many users were outraged at the lack of practicing social distancing guidelines as well as masks. Others also questioned how Kushner and O’Brien as well as everyone else on board the plane were able to travel in the midst of the pandemic. “The flagrant disregard is astonishing,” wrote one user.

Other users have pointed out the concerns of sending children back to school for the new school year as well as the rising death toll that has already surpassed 185,000 with over six million people infected. Many other Twitter users have also expressed their outrage over the Trump administration’s response to the COVID-19 pandemic in the country.

Like Kushner, Ivanka has also been criticized for not wearing a face mask in public at places where social distancing cannot be met, especially during her public appearances.

Meanwhile, Ivanka traveled to Michigan to visit the new General Motors training facility. The company’s CEO Mary Barra gave her a tour of the place and also engaged with the employees. Ivanka also held discussions with other employees and listened in on the company’s initiatives in training new and seasoned employees.

Ivanka’s father Donald Trump hopes to gather support from blue-collar workers in the state for his reelection bid as Michigan is one of the key states he needs to win over. “This is something the president has been passionate about since the day he took office, championing the American worker and creating more pathways and opportunities for American workers,” said Ivanka about her father.

Ms. Trump later posted a video of her visit on Twitter. “Since taking office, POTUS has been the champion of the American worker. Visited @GM, one of our earliest #PledgetoAmericasWorkers signers, to see their job training programs in action today.”