Ellen DeGeneres leaving ‘The Ellen Show’? Host reportedly decided not to renew her contract amid scandals and controversies 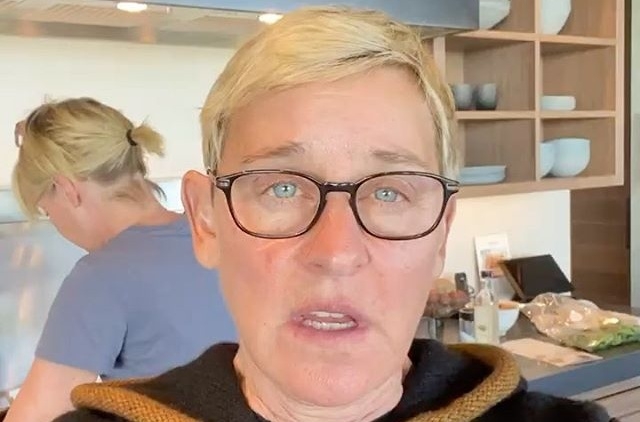 Ellen DeGeneres was the talk of the town when she was exposed by her former staff and colleagues. They accused the host of “The Ellen Show” that she is really mean in real life, and she gave them a really hard time.

Following the reports where Ellen DeGeneres was labeled as the “meanest person alive,” the National Enquirer released an article that claimed the 62-year-old TV personality is now reconsidering extending the contract for her own show. It was suggested that she is contemplating about renewing the agreement after receiving massive backlash when her alleged real character was brought to the surface.

Quitting from her own TV show?

The tabloid stated that Ellen DeGeneres’ contract for her talk show is in effect until 2022, and once this expired, she will not sign a new one anymore. It was added that in the upcoming season of “The Ellen Show,” it will be her last stint and will not appear anymore beyond it.

“Ellen knows when to leave the party and that after losing a million viewers, she is ready to move on,” the so-called source told the National Enquirer. “She realized it will be time to say goodbye when her contract expires.”

It was further alleged that the said program is not only her source of income anyway. After she quit, the host is planning to work on other projects.

“She’s made more money than she can ever spend and she’ll focus on new projects and passions like flipping houses,” the tipster went on to say. “Maybe we’ll see her on HGTV!"

The rumors about Ellen DeGeneres leaving her own show is not something new. This has been going on for years, and this was repeatedly proven untrue as she is still in the show up to now.

This year, it could be a little different because she really has reason to quit. She was accused of being mean, and it could be true that her show lost lots of viewers due the controversies regarding her bad attitude; however, Gossip Cop pointed out that it already debunked a number of stories on National Enquirer so this Ellen DeGeneres story is also false for the lack of solid evidence.