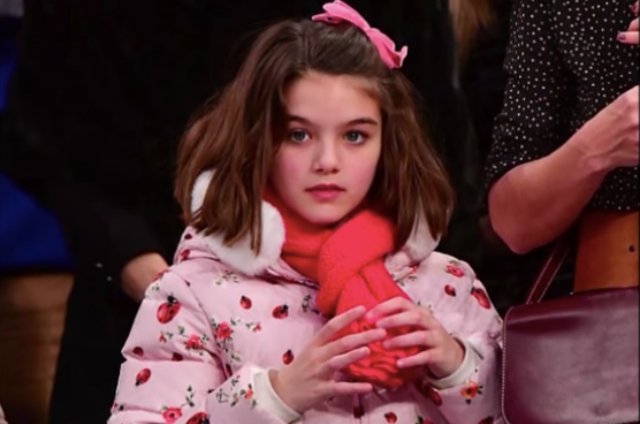 Suri Cruise was recently seen in the streets of New York City as she went out for a lunch date with her friends. The COVID-19 crisis is not yet over, but it is clear that the 14-year-old briefly set aside the quarantine to spend time with her pals.

She was spotted this week, and although she is often photographed by paparazzi when she’s out in the streets of NYC, this is a bit different because there is still a pandemic. In any case, many people commented that Suri Cruise dresses so well.

Suri’s day out with friends

She chose a flowing soft pink dress to wear, and her friends were similarly dressed as her. As usual, Katie Holmes’ daughter just let her hair down, and still, she looks terrific.

The new normal required everyone to wear a face mask, so Suri has it on as well, and she chose a pink one to match with her outfit and bag. The group of teens was said to have walked around a bit, and they clearly had fun after weeks of being confined at home.

Look-a-like mom turns head while out in NY

Many noticed that as Suri Cruise gets older, the more she resembles her mom Katie Holmes. The mother and daughter are often seen together around New York, and with so many paparazzi photos of them together, people can’t help but notice their appearance, for they can already pass as twins.

In any case, after Suri had lunch with her good pals, Katie Holmes was seen out walking the next day. She wore a black over-alls with her long legs exposed. The “Dawson Creek” star was alone, and she was also wearing a black face mask.

Her outing was also caught by paparazzi, and one photo was memorable because it showed a man turning around to look at her again. The Daily Mail noted that she captured the attention of a man who’s passing by, and he looked back to get a second look at the actress.