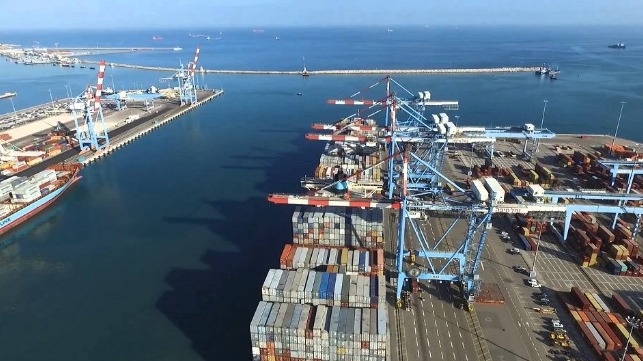 Haifa Port is among Israel’s two main ports, the other being the port of Ashdod.

Dubai state-owned DP World is teaming up with Israel’s DoverTower in a joint venture that will bid in the privatization and to conduct a study on opening a direct shipping line between the two Middle East states.

Haifa Port is among Israel’s two main ports, the other being the port of Ashdod.

The announcement came a day after Israel and the UAE signed a historic agreement to normalize ties.

According to DP World chairman Sultan Ahmed bin Sulayem, both Israeli ports are strong and in excellent locations and they would make sure to establish their presence there if the opportunity presents itself.

Sulayem added that building trade routes between the UAE, Israel, and beyond will make doing business in the region more easy and efficient for their customers.

DoverTower's owner, Israeli businessman Shlomi Fogel, is a shareholder in Israel Shipyards and a partner in the Eilat port.