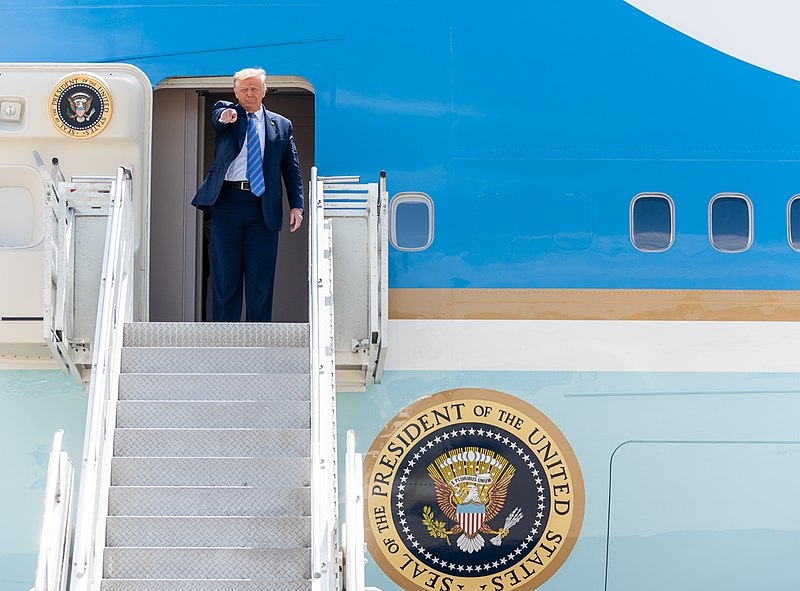 Donald Trump is facing reelection this year and is set to accept his party’s renomination. However, it appears that Trump will be accepting the renomination in private as the upcoming Republican National Convention will not include the press.

BBC reports citing COVID-19 concerns, the upcoming Republican convention in North Carolina will be done in private and will reportedly not allow any media coverage of the event. However, RNC officials have stated that the decision on whether or not there will be media coverage has yet to be finalized.

The delegates pledged for Trump will be assembling in North Carolina by late August. 336 of the delegates will be attending the RNC and will cast proxy votes for 2,500 other delegates. Trump is the sole Republican candidate in the presidential race and thus will be formally accepting the nomination of his party.

Meanwhile, from all the people who are within Trump’s innermost circle, there is one person who will not be voting for him, his niece, Mary Trump. The daughter of Donald Trump’s eldest brother, Fred Trump Jr., and author of the tell-all book titled Too Much and Never Enough, she weighed in on the strained relationship between her uncle and Germany’s Chancellor Angela Merkel.

Mary believes that her uncle hates the fact that Merkel is a lot smarter than him. She added that Trump does not work well with women like Merkel. She also revealed that contrary to her relatives, who are known to be Republicans, she is a liberal Democrat and will be voting for former vice president Joe Biden in the upcoming elections. Mary also revealed that the main objective of her tell-all book was to give the public information about her uncle that was not available to them back in 2016 when he ran for president against Hillary Clinton.

“So regardless of how people vote in November, they can no longer say, ‘Oh you know, I didn’t know, I had no idea that he did this,’” said Mary.