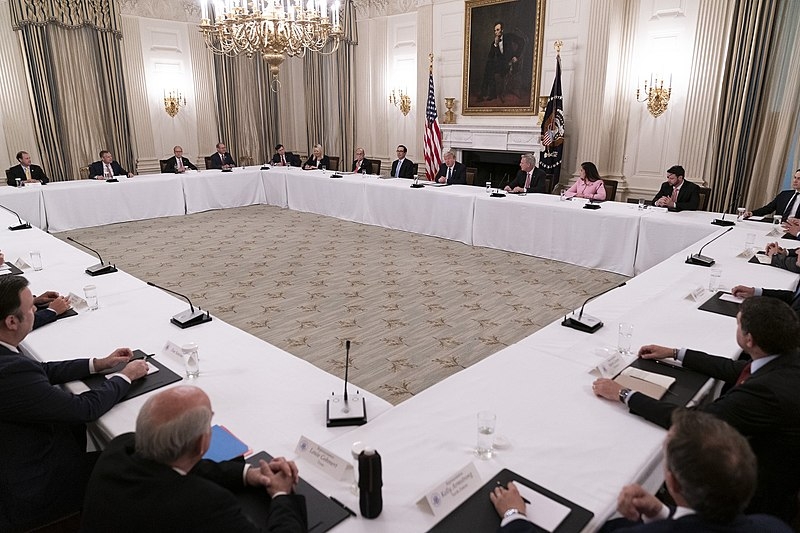 Despite the pandemic turning the traditional election campaigning upside down with candidates resorting to other means to raise funds. As the campaign of Donald Trump continues to haul in donations, the Reagan Foundation recently requested that the Trump campaign, as well as the RNC, stop using the former president’s image and likeness in order to fundraise.

The Hill reports that the foundation of former president Ronald Reagan asked the Trump campaign and the Republican National Committee to stop using his name and likeness to garner donations. This request follows the fundraising emails sent out by the Trump campaign to donors and supporters back on July 19 that those who would donate $45 or more would be able to receive “limited edition” sets of two gold coins that feature Trump and Reagan. The email’s subject line wrote “Ronald Reagan and Yours Truly” with the sender named Donald J. Trump.

The proceeds from the sales will go to the Trump Make America Great Again Committee, which will support both the Trump Campaign and the RNC.

The Reagan Foundation is still looking into how many coin sets were sold so far, as well as how many people received such an email. The foundation is also considering to take legal measures.

Meanwhile, Trump spent the weekend playing golf at the Trump golf club in Bedminster alongside NFL star Brett Favre. A photo of the two was shared by White House deputy press secretary Judd Deere, who said that Trump was at the golf club to attend a fundraising event. The event was hosted by America First Action, a PAC that has spent over $540,000 in hosting events at Trump’s hotel in Washington DC.