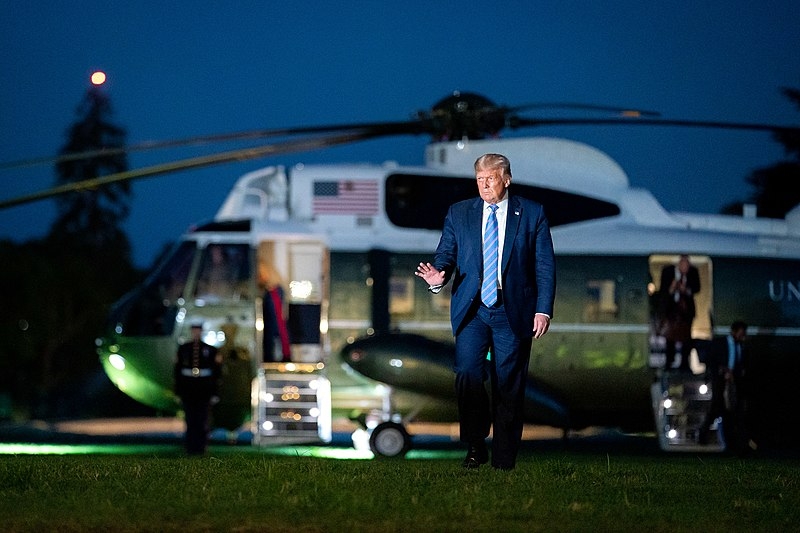 Donald Trump is facing reelection this year against former vice president Joe Biden, who is challenging him for the presidency. However, in a surprising turn of events, Trump has now insisted on asking that the elections in November be delayed.

Politico reports that Trump made the surprising suggestion on Twitter, repeating his claims that the increased mail-in voting and absentee ballots would provide a way for voter fraud or a rigged election. Trump has strongly opposed mail-in voting, but as the pandemic rages on in the United States, many lawmakers and states are embracing the need to resort to the safer method of voting in this year’s election.

“With Universal Mail-In Voting (not Absentee Voting, which is good), 2020 will be the most INACCURATE & FRAUDULENT Election in history. It will be a great embarrassment to the USA. Delay the Election until people can properly, securely, and safely vote???” tweeted Trump.

Hours later, Trump tweeted about his so-called support for absentee voting. “Glad I was able to get the very dishonest Lamestream Media to finally start talking about the RISKS to our Democracy from dangerous Universal Mail-In Voting,” and added that it is important to know who won the election on the night itself, and not after some time, as mail-in voting would tend to do.

Trump appeared insistent in that he would win the election, despite trailing behind Biden in many public opinion polls especially in battleground states. The Democrats, including Biden himself, have long suspected that Trump may try and ask to delay the Election. It should be noted that only Congress has the authority to alter the date of the election, not the president.

It was not just the Democrats who have resoundingly opposed Trump’s suggestion, but members of the GOP as well. The bipartisan opposition to Trump’s suggestion of election delay also showed how Republicans were also embracing mail-in voting and/or absentee voting, which is already being done in certain states.

Republican Senators have cited the Constitution, and that it must be followed regardless of what Trump says. House Republicans have also commented that delaying the election in itself would already put the legitimacy of the process in jeopardy.