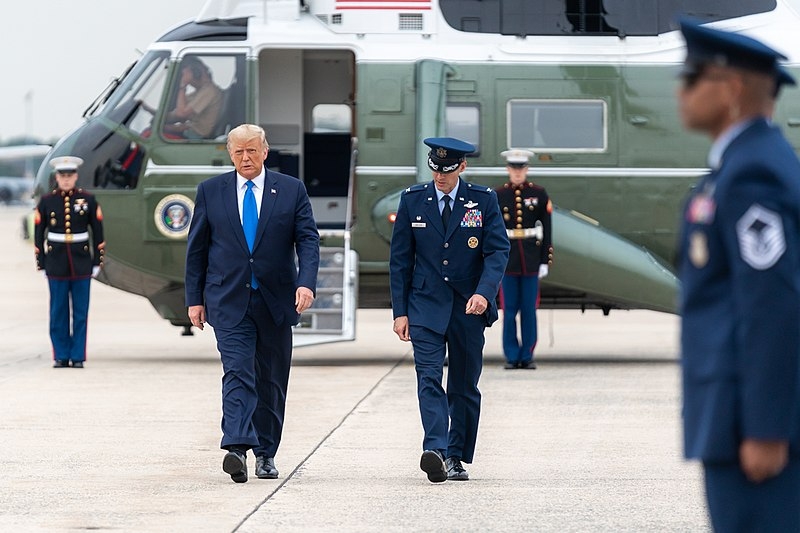 For a long time, Donald Trump has often evaded the demand to look into his own income taxes. A piece by the New York Times over the weekend revealed how much Trump paid in federal income taxes over the years.

The piece, via The Guardian, revealed that Trump, who is a self-proclaimed billionaire, only paid $750 in federal income tax returns on the year he became president. The publication noted that the documents it was able to receive only contain information that Trump has revealed to the IRS and are not the findings of another financial investigation. Thus, this is separate from the current investigation that Trump is under.

Aside from only paying $750 in federal income tax during the year, he was elected president; in his first year in the White House, Trump paid another $750. In the 18 years’ worth of taxes that were examined, 11 of those years revealed that Trump did not pay any income tax at all because Trump’s businesses at the time were suffering from financial losses. Those losses helped Trump lower his taxes.

The piece also noted that these findings do not represent Trump’s true net worth, nor do these reveal any potential connections with Russia. Trump dismissed the report, labeling it as “fake news.” When pressed by the media why he only paid the amount revealed in the report, Trump said that he paid a lot, including a lot of state income taxes as well.

Meanwhile, Trump has also actively spoken against mail-in voting for the upcoming elections, touting conspiracy theories that mail-in voting would be heavily corrupt while providing no evidence to his claims. This is all while the intelligence community has warned the White House and lawmakers of the foreign interference designed to keep Trump in office while smearing his rival Joe Biden and sow doubt into the country’s democracy. Recently, FBI Director Christopher Wray spoke up about the safety of mail-in voting, which many Americans are now forced to do because of the pandemic.

“Now, we have not seen, historically, any kind of coordinated national voter fraud effort in a major election, whether it’s by mail or otherwise,” said Wray, who was testifying under oath in front of the Senate Homeland Security Committee.