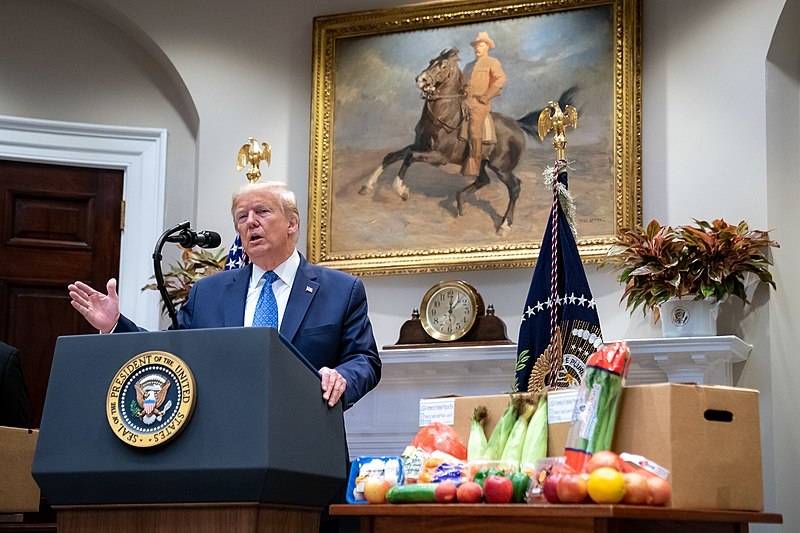 Politico reports that during a Cabinet meeting at the White House, Trump took the numbers stating the hundreds of thousands of confirmed coronavirus cases in the country as a tribute to the country’s testing capacity. His comment came after a journalist pressed him on whether or not to declare travel restrictions from Brazil.

Trump continued to boast that the United States has had more testing and better testing than any country in the world. The president claimed that there have been almost 114 million tests done in the United States, with the number of confirmed cases reaching over 1.5 million and the death toll reaching over 92,000. “I view it as a badge of honor. Really, it’s a badge of honor. It’s a great tribute to the testing and all of the work that a lot of the professionals have done,” said Trump.

Following the lifting of the national lockdown last April, the Trump administration has repeatedly tried to spin their shortcomings regarding the coronavirus response. Inversely, the administration has often been criticized by both sides for its failure to act quickly when the pandemic began to affect countries outside of China. Despite Trump’s claim that Americans can get tested when they want to get tested, this has yet to be implemented.

Trump has also often pinned the blame on China, along with his conspiracy theory that the virus originated from a laboratory in Wuhan, the city where the pandemic began. That theory has since been refuted by health experts. Trump took to Twitter again recently to reiterate his pinning the blame on China for the coronavirus, which has forced countries into a shutdown that greatly affected the economies. Trump accused Beijing of a “Mass worldwide killing” made by an incompetent state government.