Donald Trump revelation: POTUS says trade deals with China would not make up for coronavirus damage 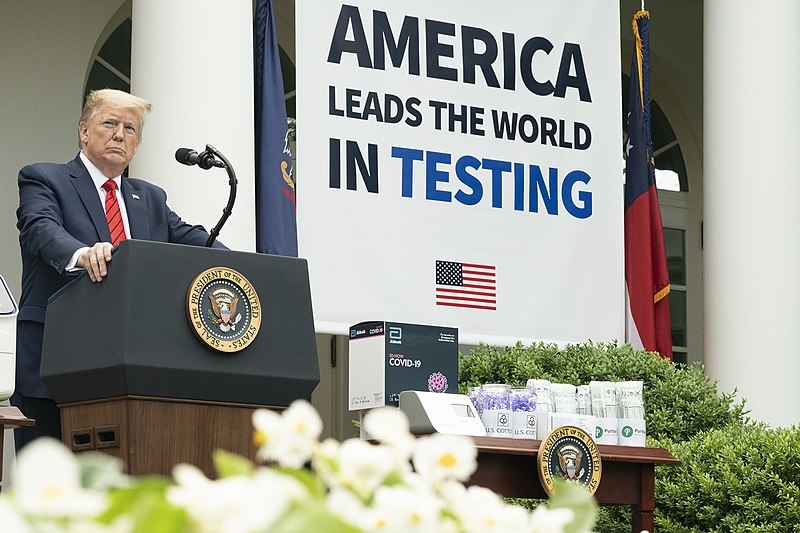 As of today, the United States has over 1.4 million cases of the coronavirus, and the death toll has reached to over 84,000. President Donald Trump recently clarified that the US’ trade deals with China do not outweigh the damages caused by the pandemic.

Back in January, Trump finalized the deal regarding trade relations between the United States and China. The president took to social media reiterating the trade deal between the two nations and even referred to the pandemic as the “Plague from China” as well as saying that no hundred trade deals made between the two countries could make up for the damage.

“As I have said for a long time, dealing with China is a very expensive thing to do. We just made a Great Trade Deal, the ink was barely dry, and the World was hit by the Plague from China. 100 Trade Deals wouldn’ make up the difference - and all those innocent lives lost!” tweeted Trump.

Trump has often criticized the Chinese government’s efforts to contain the coronavirus ever since it first broke out in Wuhan in December 2019. The President has previously stated on several occasions that there should be sanctions placed on China if they were aware of how fast the virus has spread but did not do anything to contain it. It has even gone as far as Trump blaming them for trying to ruin his chances of getting reelected as well as claiming that it started from a lab in Wuhan.

This is the latest in his remarks on China this week. The latest White House briefing saw Trump clash with the press when CBS reporter Weijia Jiang asked the president why it was so important to boast about the US having better coronavirus testing numbers than any other affected country while thousands of Americans die from the pandemic.

Trump responded that she should not ask him but ask China instead. Jiang then came in with a follow-up question, asking Trump why he said that to her specifically. “I’m not saying it specifically to anybody. I am saying it to anybody who would ask a nasty question like that,” said Trump, who later abruptly ended the press conference by walking out.