Donald Trump update: POTUS questions accuracy of coronavirus death count in the US 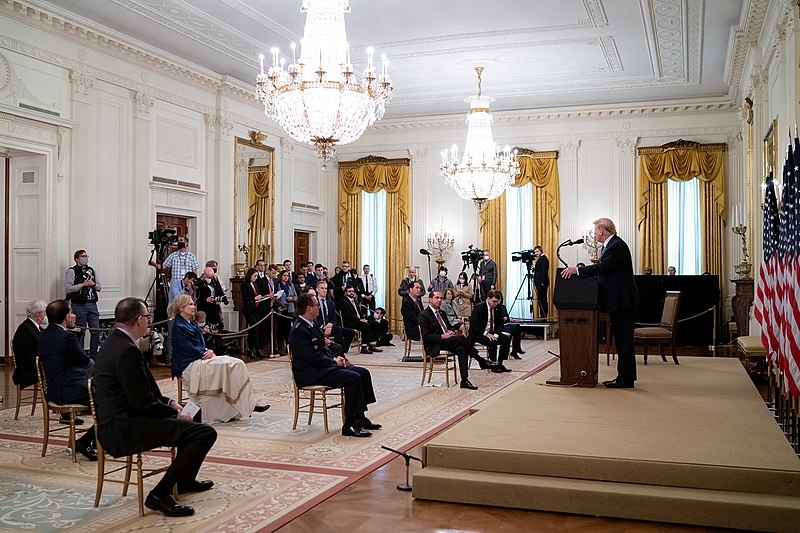 As the United States is beginning to reopen its economy and businesses post-lockdown, the pandemic continues to wreak havoc on Americans all over the country. As the deaths from the coronavirus reach 84,000, Donald Trump and his administration are now expressing skepticism on the accuracy of the numbers.

On the contrary, top infectious diseases expert and White House Coronavirus Task Force member Dr. Anthony Fauci has said that the number of deaths may be undercounted as there are people who are suffering from the pandemic and end up dying at home without having gone to the hospital. Nevertheless, the doubts are still there within the administration regarding the numbers presented by the Centers for Disease Control & Prevention. So far what is known is that there are now over 1,300,000 confirmed cases of coronavirus in the United States. The death toll has also reached to over 84,000.

The skepticism or doubt that Trump and his aides have expressed privately have become evident over time, especially advice coming from government sources. This is especially visible as Trump is pushing for reopening the country and its economy, an aspect that he has often boasted about in his campaign.

This has not stopped Americans from criticizing the Trump administration and his supporters on all fronts. Trump’s longtime friend and radio personality Howard Stern has recently criticized Trump supporters for having voted for him when the irony was that Trump does not even like them. Stern explained that the MAGA Trump supporters would not even be allowed entry in Mar-a-Lago by Trump, whom he figured would also be disgusted by them.

Stern noted that Trump prefers to talk and interact with the rich and famous. He expressed that the “patriotic” thing for Trump to do was to admit that he could not be president anymore and step down. “I do think it would be extremely patriotic for Donald to say ‘I’m in over my head, and I don’t want to be president anymore.” It’d be so patriotic that I’d hug him,” said Stern.