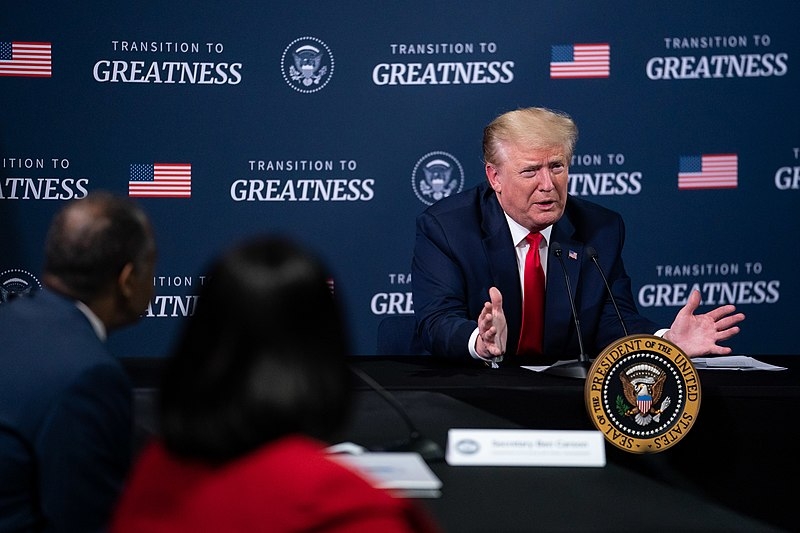 President Donald Trump is up for reelection and will highly likely go up against former vice president Joe Biden. As the season for both Republican and Democratic conventions draw closer, Trump has threatened North Carolina’s governor to guarantee attendees in the upcoming convention else it be moved to a different state.

CNN reports that Trump threatened North Carolina Democrat Governor Roy Cooper that he will move the Republican National Convention out of Charlotte and onto another location. The RNC is expected to take place on the 24th of August until the 27th of August. Trump reasoned that Cooper cannot guarantee that the convention will have full attendance by the country’s Republicans including the administration officials who are to make an appearance. Trump has hoped that the RNC would still take place in North Carolina prior, and said that it cannot be held at his Doral resort in Florida because the ballroom is not big enough.

Cooper stated in an interview that although he is supportive of the RNC to be held in Charlotte, he will determine whether or not it is safe to hold large gatherings based on science and data. Thus, he noted that the convention will be regarded like any other event. Cooper made it clear that there is no political nor emotional bias towards one or the other. “This is not political. This is not emotional. This is based on health experts, data, and science and that’s it for everybody else,” said Cooper.

In turn, Trump has criticized the North Carolina Governor for failing to act quickly in reopening the state’s economy. He demanded Cooper to make a decision on Monday.

However, the federal government does not have the constitutional right to override the orders of the state governors. Trump previously clashed with the governors many weeks ago regarding this, claiming that he had absolute authority as president but later backtracking on his claim.