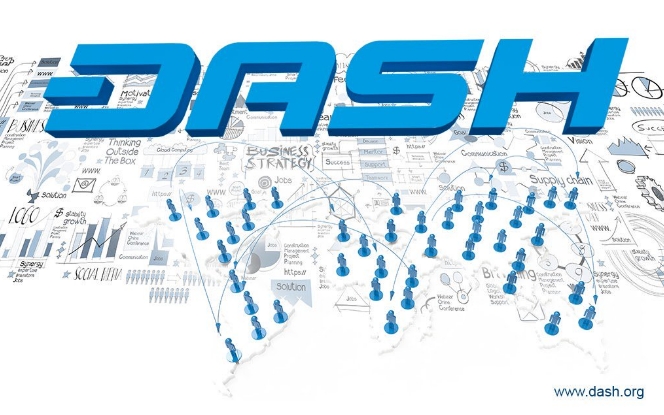 While the cryptocurrency ecosystem has been rejoicing the recent surge in Bitcoin price (which hit $1,139 on Wednesday (Bitstamp)), another cryptocurrency witnessed tremendous growth this week.

Dash, an open sourced, privacy-centric digital currency, shot up to 16.94 levels on January 04 (Poloniex). The spike followed the recent updates on the impending Sentinel release and Dash Evolution.

“In order to ensure we launch the most stable possible version of the software without interfering with the budget system, we would like to hold off until early February to launch 12.1. Launch date: February 5th, 2017”, the announcement said.

Speaking with EconoTimes, Ryan Taylor, Dash’s CFO, discussed the reasons for the jump in Dash price, the upcoming Sentinel release, Dash Evolution, plans for this year and more:

What in your opinion are the reasons for the sudden spike in DASH price? Do you expect the price rise to sustain?

RT: There are several likely catalysts for Dash’s recent price jump because there’s been a number of strong developments over the past month. These include the announcement of our latest release, the opening of our new offices at Arizona State University’s SkySong Innovation Center, and the upcoming integration of Dash into Wall of Coins, which will allow users to purchase Dash with cash at over 120,000 locations in the US and 11 other countries. And those are just the events slated to occur in February.

It is hard to predict price movements, but if you evaluate the long-term trends, Dash has continuously outpaced the growth of Bitcoin and the rest of the digital currency industry for two straight years, and is one of the few digital currencies that is continuously ranked in the top 10 for more than two years. Investors tend to like our proven track record of innovation and consistent performance, so I don’t see any reason why the long-term trend shouldn’t continue.

Tell us more about the upcoming Sentinel release. What improvements can the users expect?

RT: The Sentinel release represents a complete redesign of the software underpinning Dash. Users will notice a significant improvement to the performance of certain features. For example, our privacy features will process requests in a fraction of the time compared to our current implementation. However, most of the changes associated with Sentinel are “under the hood” and are designed to allow Dash to deliver new functionality quickly without requiring our users to upgrade their software. That capability will allow Dash to innovate much faster than our competitors.

What potential do you see in DASH Evolution in disrupting the payments system? How will users and the cryptocurrency ecosystem benefit from it?

RT: Dash Evolution is aiming to deliver ease-of-use to our merchants and user base, something that we feel is lacking in the cryptocurrency ecosystem. History within payments tells us that from credit cards to PayPal, if you want to succeed in payments at scale, you need to deliver ease-of-use. Yet eight years into the experiment with cryptocurrency, we still expect users to interact with cryptographic addresses, wallets that store funds on one device at a time, and determining the optimal fee to ensure a transaction doesn’t take hours to confirm. Needless to say, the industry has not paid sufficient attention to the user experience. Dash is focusing its efforts in this area. If you look at the most successful consumer companies in the world today, they all focus intently on the experience of their customers… Apple, Netflix, Coca-Cola, the list goes on and on. You need to deliver an experience that delivers emotion, relevancy, and genuine connection with your customer. Do that, and cryptocurrency can finally change the world.

Would you like to comment on the surge in bitcoin price? Where do you see it towards the end of this year?

RT: I could make a compelling argument for either a stalled price or continued growth this year. I think if Bitcoin - which is already operating at full capacity - fails to address its scaling issues, it will continue to deliver a poor user experience and likely stagnate. It could also migrate into the role of a "settlement layer" for the entire cryptocurrency space, leaving day-to-day transactions to other currencies customized for that task. I sincerely hope it continues to do well, because a healthy Bitcoin usually translates into growth for the entire industry.

What other exciting announcements can we expect this year?

RT: There are several large announcements coming in 2017, including more “firsts” for cryptocurrencies. We will be partnering with some of the biggest players in the space this year, as well as reaching outside the traditional partnerships you might expect. I wish I could share more, but we’re not ready to announce anything quite yet. Larger partnerships typically take a bit longer to develop, but we’ve got a few in the works that should blossom well before 2017 concludes.