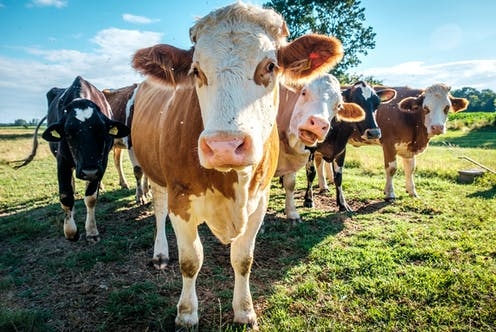 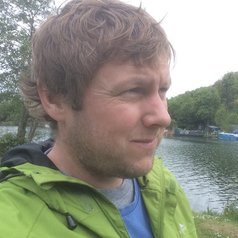 The UK has a proud history as a leader in animal welfare, passing one of the world’s first animal protection laws in 1822, to prevent the cruel treatment of cattle.

While such laws have continued to improve – the Animal Welfare Act 2006 introduced a requirement to provide for the welfare needs of animals, not just prevent unnecessary suffering – the UK now needs specific animal sentience legislation.

The Animal Welfare (Sentience) Bill, currently awaiting report stage in the House of Lords, would ensure the government considers how all its policies – not just those dealing directly with animals – affect the welfare of sentient animals.

Sentience is the capacity to experience feelings and emotions. Science informs us that vertebrates —- mammals, birds, fish, amphibians and reptiles —- are sentient. Recent research also provides strong evidence that some invertebrates, including octopus, squid, crabs and lobsters, are sentient.

As a member of the EU, the UK was subject to a legal recognition that “animals are sentient beings”. Article 13 of the Treaty on the Functioning of the European Union legally obliges the EU and member states to “pay full regard” to animal welfare in crafting and implementing policy. The EU enacted this sentience policy because, despite animals being able to suffer, they are legally classed as property and traded as commodities.

Post-Brexit, the UK is no longer subject to this legislation. This bill would fill gaps in animal protection by ensuring that all policy considers their welfare.

What’s in the bill

The bill provides a framework for a statutory body, the Animal Sentience Committee, to scrutinise whether the government has given “all due regard” to how any given policy might affect “the welfare of animals as sentient beings”.

Supporters of the legislation, including groups like the RSPCA, are calling for the committee to be fully independent and composed of members with expertise in animal welfare science, ethics, policy and law.

But the government will require a formal process to assess how policy options will affect animals. Government departments, or the committee itself, should conduct impact assessments to fulfil this objective. Given the inherent moral dimension of sentience consideration, government policy should also be subject to ethical review. Wherever possible, harm to sentient animals should be mitigated reasonably and proportionately.

In my recent research, co-authored with Michael Reiss, we have shown how animal welfare impact assessments could be conducted for government policy that significantly affects sentient species.

We proposed in our research that government assess positive and negative welfare impacts of policy options for all species significantly affected by policy. We have argued that this kind of approach was required by EU sentience policy, but that the UK did not fully implement Article 13.

The sentience bill, through the committee, provides an accountability mechanism to ensure the government pays due regard to animal welfare in policymaking.

The documentary My Octopus Teacher provides a moving example of animal sentience.

The government’s Green Book – its central guidance on evaluation of policy – gives some indication of how sentient animals are excluded in policymaking. In its 152 pages, this key document does not contain a single reference to “animal”, let alone “sentient animal”, or “animal welfare”.

Where the impact on animals is direct and more clear – as in agricultural or research policy – the government is likely to have considered animal welfare. Where it is indirect – as in budgetary, planning or trade policy – they are much less likely to consider the impacts. However, there is no formal and systematic mechanism to assess how government policy affects sentient animals specifically.

Sentience legislation is a Conservative Party manifesto commitment and at the heart of the government’s Action Plan for Animal Welfare.

Despite this, some Conservative Lords and party donors are opposed to this bill. They have written to the prime minister claiming that the bill will cause unnecessary bureaucracy, lead to judicial reviews, and be hijacked by an animal rights agenda.

Opponents have raised concerns that the bill would affect the use of animals in medical research, religious slaughter, and countryside pursuits. In their communications, they generally reiterate their belief that animals are sentient, but that the bill is nevertheless unnecessary.

These concerns are misplaced. The only power of the proposed committee is to report to parliament on how the government has paid due regard to animal welfare in policy making. The committee might also publish its findings to promote media and public scrutiny of the issue at hand.

As the government minister Lord Benyon has advised in parliament, while the committee provides scrutiny of policy, it is for government ministers to make decisions on policy matters. The purpose of this bill is simply to ensure that sentience is taken into account.

In my view, this legislation is fundamentally necessary if the UK is to be a global leader in animal welfare, and to promote the protection of sentient species generally.

If science informs us that animals are sentient, and if the government is to pay all due regard to animal welfare, then we must have structures and processes in place to assess how government policy affects such species.