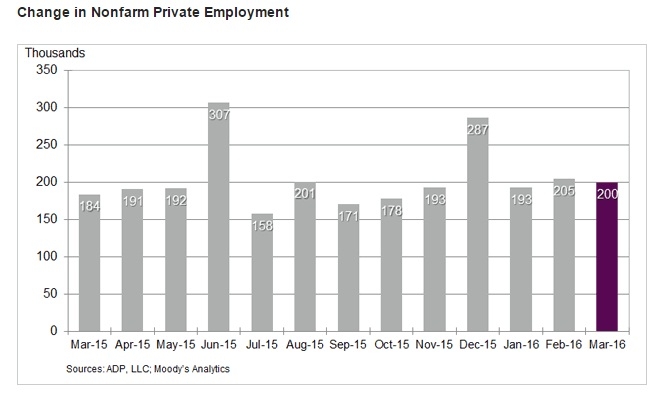 Today ADP employment numbers were released from US for the month of March.

ADP number shows US economy and its labour markets are quite robust, in spite of global economic slowdown.

There are two things to note even in the headline that,

Dollar is flat after the data, focus now turns to Friday’s NFP report. Dollar index is currently trading at 94.9, down -0.3% so far today.