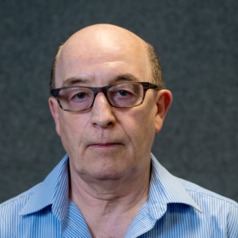 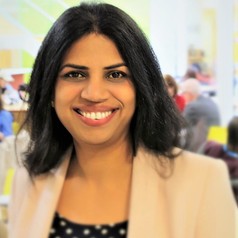 In a circular economy, we wouldn’t have any waste or pollution. Instead, everything we make and all our byproducts would be reused or repurposed, helping to end the over-exploitation of our finite resources and damage to our environment and climate.

To make this process profitable, the manufacturers of complex items such as vehicles are likely to use advanced internet-based data systems that can track components and products throughout their life cycles, from source to final use. That means that the companies best suited to helping introduce a circular economic model are the big tech firms that already use similar online data technology, such as Microsoft, Amazon and Google.

And that will inevitably create concerns about the implications on data privacy and security. Further sacrificing our privacy might be the price we have to pay to achieve a waste-free economic model. Or to put it another way, data protection may ultimately become a barrier to a circular economy.

Most research on the circular economy doesn’t examine it from a data-driven perspective. To maximise the value and life of a vehicle, manufacturers need to track its location, ownership and state of disrepair at all times. This is now possible with the use of miniaturised and digital technologies that are behind what is known as the fourth industrial revolution.

Tiny sensors can monitor the status and performance of and its components and GPS chips can track its location, from as soon as it leaves the production line until it is disposed of. This data can be gathered by connecting the object to what is known as the “Internet of Things”, and stored throughout the object’s lifecycle in the cloud. By analysing this data en masse, artificial intelligence can then predict when maintenance or replacement is required, as well as prescribing how to recycle the object.

These tracking capabilities already exist at the supply chain level to make the manufacturing process as cost-effective as possible, and are increasingly used to enable self-driving capabilities. In the future, this technology will also be used to assess the vehicle’s state of disrepair and schedule preventative maintenance and, eventually, to arrange its disposal and recycling.

The leading providers of these technologies are the large tech firms, which are more efficient at accruing, managing and analysing large amounts of data than traditional industrial companies. This has led to partnerships between the two sectors.

For example, Volkswagen and Amazon Web Services have recently launched an “industrial cloud” initiative to link up all Volkswagen’s factories and those of its global supply chain and enable them to easily share data. This allows the firm to track all the components that make up a vehicle throughout the entire production process.

Microsoft and BMW have launched the Open Manufacturing Platform that similarly enables BMW to integrate data from across its supply chain, monitor components as they are manufactured and assembled into vehicles, thereby enhancing the efficiency of the process. Microsoft has also developed partnerships with Volkswagen and the Renault-Nissan-Mitsubishi Alliance.

This creates the opportunity for the global automotive sector to produce a genuine circular economy ecosystem, with clear benefits for the environment in terms of reduced resource and energy use and waste production. This will also help end the over-exploitation of valuable resources.

But using self-driving and component-tracking technology for the secondary purpose of making a circular economy model profitable, which involves monitoring vehicle use after they’ve been purchased, raises questions about data ownership, security and privacy, as well as monopoly power.

Tech companies would have the capability to track vehicle use and consumer behaviour on a regular basis to even more depth and sophistication than they already do. Internet-enabled cars are also highly prone to attack from hackers, which means this data could also be vulnerable.

Not all consumers are fully aware of how such technology is capable of invading their everyday lives. Tracking real-time mobility may be one step too far in some countries, and for a section of the population that isn’t willing to trade their privacy for environmental benefits.

Regulators and human rights groups are also concerned about the level of power that lies in the hands of the leading tech companies due to their monopoly ownership of consumer data and their ability to monetise it. A circular economy model would only increase this level of power since the technology companies’ cloud platforms would be used to capture, store, manage and analyse the data.

There are several ways that manufacturers and tech firms could alleviate some of these concerns. For example, they could protect the data against use for advertising, only collect metadata (data about the data) rather than any personal information, and set out clear policies to manage and control the data. This might include opt-out clauses for consumers who don’t want to have their products monitored for environmental purposes. Without these things, manufacturers might find it much hard to put their circular economy plans into action.