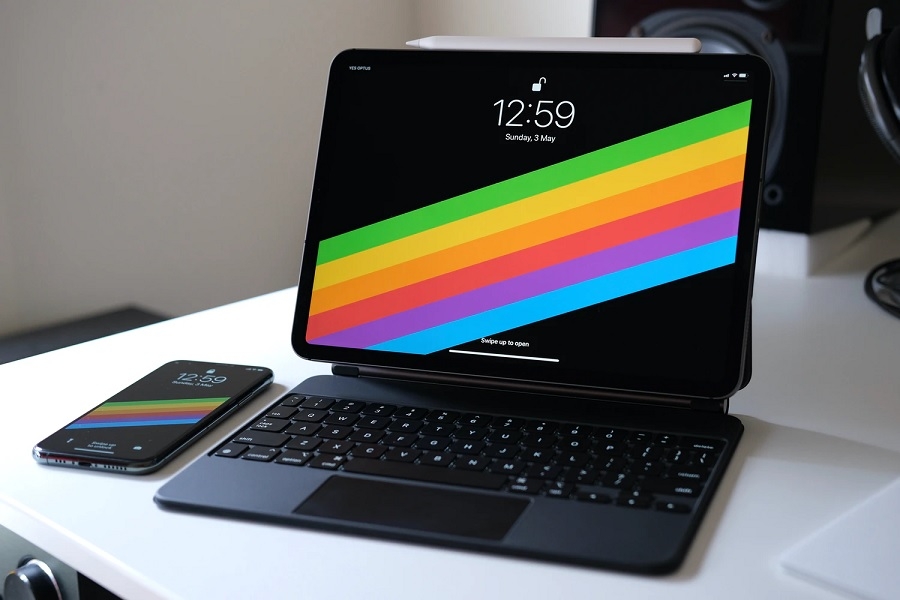 The first set of raw CAD renders claimed to be showing the layout of the upcoming 11-inch iPad Pro has been leaked. It appears to correspond with earlier reports that Apple is not planning to make significant design changes in its premium tablet line this year.

The leaked images were shared in a recent report from MySmartPrice suggesting that the 2021 version of the 11-inch iPad Pro will generally look the same as its predecessor. However, the specific measurements are going to be slightly smaller this year.

The tablet's dimensions in the leaked renders are reportedly 245.74 x 176.61 x 5.9mm in height, width, and thickness. In comparison, the latest 11-inch iPad Pro measures 247.6 x 178.5 x 5.9mm. The bezels along the screen are not expected to change this year. The power button placement and the volume controls are also likely to be maintained on the tablet's top right and right side, respectively.

It is worth noting that an earlier report from MacOtakara has also mentioned that the speaker grille's size will be slightly different in the 2021 iPad Pro. The CAD renders agree with this claim as it demonstrates the speaker grille placed on the top edge sport fewer holes than the currently available tablets. A USB-C port will still be placed at the bottom edge of the upcoming iPad Pro, along with an additional speaker grille.

As for the rear camera module, it appears that the bump is designed similar to the latest versions of iPad Pro. The upcoming tablet is also expected to sport the same number of sensors, an LED flash, and a LiDAR scanner. Unfortunately, the leak did not provide new information about the potential specs of the upcoming tablets. There was also no word on the recurring rumor that the Touch ID could return by being integrated into the power button.

New generations of iPad Pro expected to launch in March

The report with the first set of CAD renders of the 11-inch iPad Pro adds to the sources that claim Apple is launching its new premium tablets in March. DigiTimes previously mentioned that the new tablets could be released in the first quarter of 2021, while leaker Jon Prosser has specifically mentioned March as the new tablet's release window.