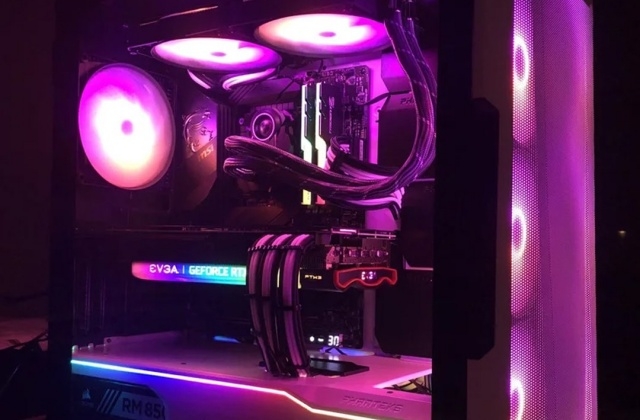 NVIDIA GeForce is getting bigger and aside from adding new games to the streaming service, it also has also made it possible for iOS users to enjoy GeForce Now games. With the integration, this is the first time that iOS devices are granted access to the service.

As per CNBC News, the launch means that those with iPhone and iPad can now play console-quality games. The good news is that this also includes games that were previously banned in Apple’s App Store like Epic Games' “Fortnite.” Gamers can anticipate this favorite game soon on iOS.

The integration of NVIDIA’s GeForce NOW on iOS was rumored and has been going around for months and finally, the streaming service confirmed it through an announcement that was released earlier today. As of now, it is on iOS Safari but still in the beta version.

“Alongside the amazing team at Epic Games, we’re working to enable a touch-friendly version of Fortnite, which will delay the availability of the game,” part of NVIDIA’s GeForce Now’s announcement reads. “We’re looking forward to delivering a cloud-streaming Fortnite mobile experience powered by GeForce NOW. Members can look for the game on iOS Safari soon.”

The upcoming games on GeForce Now

The NVIDIA GeForce Now has many games and more are coming to its library. Some of what the iOS users can enjoy are the new titles that were recently released and these are: “Bee Simulator,” “Bridge Constructor: The Walking Dead,” “Poker Club,” “Elite Dangerous” which is free from Nov. 19 to 26 on Epic Games Store, “RuneScape” and in December, it was said that “Cyberpunk 2077” will also be streamable on GeForce Now upon release.

It should be noted that the NVIDIA GeForce Now streaming service allows gamers to use it for free but there are limitations. It can be enjoyed without restrictions for a monthly subscription rate of $4.99.

Meanwhile, IGN noted that “Fortnite” is still not available as it is in the works. NVIDIA and Epic Games are working together to bring the touch-friendly version of the game to iOS devices via Safari. Then again, it will be on GeForce Now very soon.