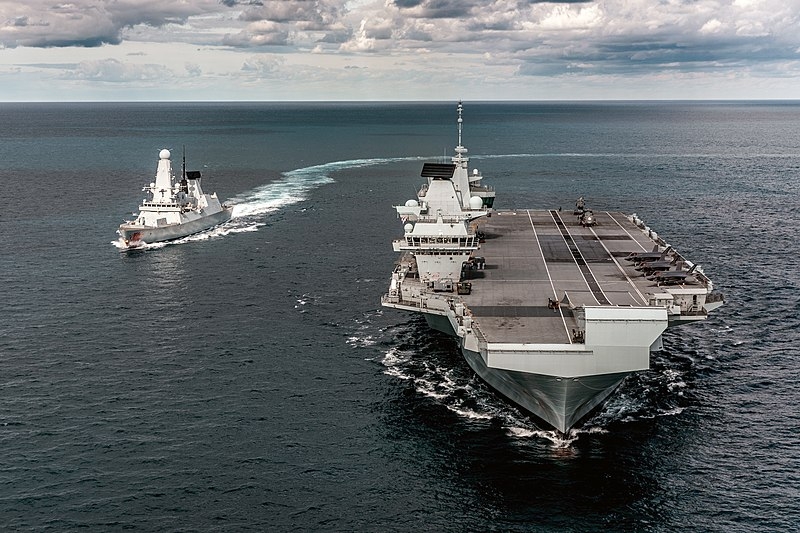 Tensions between countries in Asia have led to fears of a possible world war getting triggered. As fears remain, the west looks to stabilize its relations in the continent as the UK’s HMS Queen Elizabeth made its first port call in Japan this week.

The HMS Queen Elizabeth docked at the US Navy Base in Yokosuka, which guards the bay of Tokyo this week. The arrival of the aircraft carrier marks a turning point in the relations between the two countries, with the UK reaffirming its commitment to protecting interests in the South China Sea and its stance in deterring increasing aggression from China. This comes as China is making bolder moves by increasing its incursions into Taiwanese airspace as it looks to pressure Taiwan into accepting the sovereignty of China over the island nation.

Aside from Taiwan, China has also made sweeping claims to the South China Sea, which has been rejected by a tribunal back in 206. The region has also seen disputes between China and the surrounding countries that also have claims to the waters.

The Yokosuka city office revealed that 1,240 crew members on the HMS Queen Elizabeth will not be disembarking from the ship.

Another issue that has stoked fears of world war is Russia’s ongoing development of nuclear weapons. United States Northern Command leader Glen VanHerck warned of the increasing threat that Russia is posing on US security back in August. VanHerck said that Russia was able to develop capabilities that would not have existed 20 years back during the Cold War.

Those capabilities include developing strike cruise missiles that could strike the US from its location. VanHerck also revealed that allied intelligence is also aware of Moscow’s developments in missiles and in submarines. VanHerck added that the investments made in cyber and space capabilities only add to the threat that Russia poses.