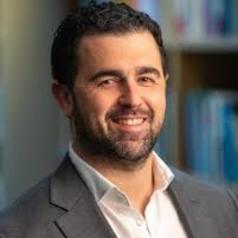 The chaos and spectacle of President Donald Trump’s re-election campaign has sometimes made it difficult to understand the driving logic of his messaging.

As we get closer to election day, however, and Trump tries to find a path to victory through the conservative voting base of the battleground states, he’s increasingly returning to themes that worked for him in 2016.

This includes overtures to the same white religious conservatives who voted overwhelmingly for him last time.

In a well-timed interview with Religion News Service this week, for instance, Trump talked about the roots of his spirituality.

I grew up going to church with my family in New York City. My parents taught me the importance of faith and prayer from a young age … During the unprecedented COVID-19 outbreak, I tuned into several virtual church services and know that millions of Americans did the same.

A Pew Research Centre report from 2016 showed 81% of white evangelical Christians voted for Trump compared to 16% for his Democratic challenger, Hillary Clinton.

White Protestants (58%) and white Catholics (60%) also voted for Trump over Clinton in a campaign defined by Trump’s racist and insensitive comments toward Mexicans and Muslims, as well as his poor treatment of women.

Despite four years of a presidency defined by Trump’s unprincipled behaviour — not to mention over 228,000 deaths from the COVID pandemic — white religious support for Trump has slipped only slightly.

Among other religious groups, Trump’s support is much lower. He trails his Biden among Jewish voters (70-27%), Hispanic Catholics (67-26%) and importantly, Black Protestants (90-9%).

The question persists then why, despite Trump’s many moral failings, he has maintained such strong support from white evangelicals.

A key part of the answer relies upon how you frame religion and its relationship with political power.

As I demonstrate in my book The New Demagogues, the popular argument that religion has been “hijacked” by populists to serve their political agenda misses the mark.

It overlooks the fact many religious voters interpret the Bible literally. For them, gaining political power is key to shaping the world around them in line with their principles.

In the US, many Christian groups firmly believe they face an existential struggle for the future of their faith — and America itself as a white Christian nation.

Jacques Berlinerblau, the director of the Center for Jewish Civilization at Georgetown University, argues

today’s Evangelicals also view themselves as confronted by an unspeakable and demonic foe.

This foe is not Islam or Catholicism, but secularism. To this end, evangelicals have organised politically.

In her book on the history of evangelical movement, Pulitzer Prize–winning historian Frances FitzGerald says the Christian right has evolved from a mere movement into an organised faction within the Republican Party, and as a result, political power now “trumps” moral indiscretions among politicians.

As a politician, Trump has cloaked himself in religion from the outset. He relies upon the argument that while he is an imperfect and flawed human, he is delivering favourable political outcomes for conservative Christians.

His administration has strongly defended religious freedoms and appointed an entire generation of conservative judges to the courts.

Another key political motivation for the Christian right has long been overturning Roe v Wade, the Supreme Court ruling that legalised abortion. Trump made clear this possibility when he nominated conservative judge Amy Coney Barrett to the court last month.

However, according to one study on the issues that are important to evangelical voters, immigration has emerged as an even more pressing matter — more so than abortion or other issues like gun control and gay marriage.

My research in Luzerne County, Pennsylvania, supports this. Luzerne County, which is in the working-class northeastern part of the state, played a key role in the 2016 election, swinging to Trump after supporting Democratic presidential candidates for decades.

The old coal-mining town of Hazleton in the county has a long history of anti-immigration sentiment directed at Hispanics who have moved into the area to take up minimum wage jobs at warehouses, including those owned by Amazon.

The white and Hispanic residents in the town share the same Christian faith. However, far from acting as a bridge between the communities, there is a lingering resentment among white residents that Hispanics have “taken over” formerly European Christian churches.

In a Newsweek story on the importance of the county in the 2016 election, one voter said locals voted for Trump because they wanted “jobs for Americans” and an end to illegal immigration.

Can Biden win back Catholics?

This leads us to the paradox of Biden’s support among Catholics.

Biden is a practicing Catholic and would be only the second Catholic president in US history. However, he is being outmanoeuvred by Trump in gaining white Catholic support by a 52-44% margin.

Trump has labelled Biden as “against God” and “against the Bible”. He also claims Democrats opposing his nomination of Barrett to the Supreme Court demonstrated an anti-Catholic bias.

It’s unclear whether these attacks have worked. Some conservative Catholics have taken aim at Biden’s support for abortion, gay marriage and “other evils diametrically opposed to church teaching”.

However, more than 1,600 other faith leaders have publicly backed Biden, including a group called Pro-life Evangelicals for Biden.

Compared to Trump’s transactional approach with religious voters, Biden faces a more challenging task trying to balance his Catholicism and white working-class roots with the more progressive policies of his party.

While he is unlikely to best Trump with white Christians in next week’s election, Biden may narrow the gap just enough.