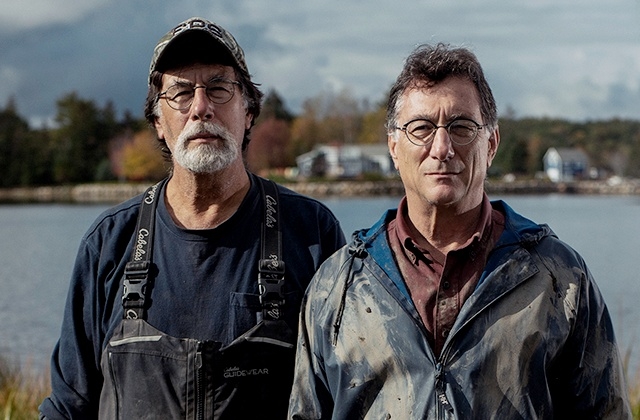 “The Curse of Oak Island” season 8 episode 3 will be exciting as Rick, Marty Lagina and their team will delve into something new. They will be examining a new find that was previously unearthed by Gary Drayton and Jack Begley on lot 15.

Aside from what Drayton says was a rigging ax, they also found a coin. The metal detector expert estimated that it could be from the late 1600s to 1700s and possibly even earlier. The upcoming “The Curse of Oak Island” season 8 episode 3 is expected to show the modern treasure hunters checking this coin with a square hole in the middle further.

Rick and Marty Lagina finally appeared as they were released from quarantine and allowed back to the island. Thus, the second episode showed them with Gary Drayton, Jack Begley and the others in the war room for the first time.

This is the first time that the team has convened again and while not everyone was present, they were able to participate in the meeting via video call. Now, they mentioned that the coin that was found is older than the Money Pit and they will have it dated for official records and further investigation because it may not be from the French or the British who were already confirmed to have landed on the Oak Island hundreds of years ago.

In the upcoming “The Curse of Oak Island” season 8 episode 3 titled “If the Ox Shoes Fits,” the preview showed the team examining the coin. Gary and Jack also continue their exploration and they found a new metal object.

Fans and treasure hunting enthusiasts are also discussing about the coin and they shared their opinions and thoughts via Reddit. They said that the coin could have belonged to the Chinese. It could also be from the Qing Dynasty since it is similar. They went on to say that perhaps, the Chinese buried Ming treasures on the island.

It is also possible that the Britons hired Chinese laborers that would explain the presence of the coin if it was indeed from the Qing era.

“It might show that there were Chinese laborers on the island working for the Brits,” one fan wrote. “This really is history changing if true and that coin could be much much older. China has been using coins with square holes for centuries.”

At any rate, “The Curse of Oak Island” season 8 episode 3 will air on Nov. 24. It is expected to clarify the origin of the coin. Fans can watch the episode on History at 9 p.m.