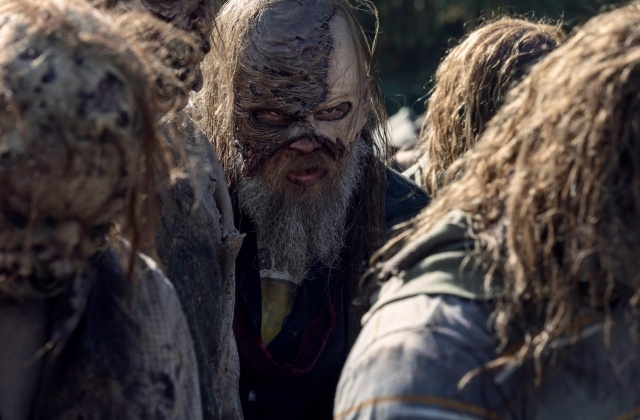 Photo by: The Walking Dead/Facebook

“The Walking Dead” season 10 is not yet over as it will still return with its six bonus episodes. It was announced on Nov. 19 that the final stories are set to premiere soon after it was delayed due to the coronavirus pandemic.

It has been almost two months since “The Walking Dead” season 10’s “Fauxnale” episode was aired and the good news is that more stories are coming. As per TV Line, AMC revealed the next six episodes are set to premiere on Feb. 28, 2021, at 9 p.m.

In episode 16 of “The Walking Dead” season 10, Daryl finished off the Whisperers de-facto leader Beta’s (Ryan Hurst) reign of terror. It was a gruesome scene but the horror is finally over.

Maggie also returned after receiving a letter about the situation of the Whisperers. She also arrived just in time to save Gabriel). Connie was gravely hurt but fortunately, she survived.

Eugene, Ezekiel, Yumiko and Princess trekked to the train station as planned to meet with Stephanie. However, she was not there and Eugene said they are not going home until they find her and her people.

Now, the plot will continue with the upcoming bonus episodes for “The Walking Dead” season 10. While this will premiere in February on AMC, it will be on Fox starting March 1. Fans can expect remarkable guest stars in these episodes such as Hilarie Burton Morgan, Robert Patrick and Okea Eme-Akwari.

The episode titles and synopsis

As a teaser, AMC also unveiled the titles and plot summaries of the bonus chapters. Listed below are the official details.

Episode 17 has been titled “Home Sweet Home” and its synopsis reads: “Maggie has returned with a story she is not ready to share, even when her past catches up to her. Negan’s safety is at stake again. Daryl and Maggie fight an unseen and unknown thread.”

The other titles for the rest of the bonus stories for “The Walking Dead” season 10 are episode 18’s “Find Me,” episode 19’s “One More,” episode 20’s “Splinter,” episode 21’s “Diverged” and episode 22’s “Here’s Negan.” The final episode will show Carol taking Negan on a journey and the latter will reflect on his life and think about his future.

Finally, Variety reported that “The Walking Dead” season 11 will be the last in the series. The show will be replaced by spinoffs led by Norman Reedus and Melissa McBride and this has been titled “The Walking Dead: World Beyond.”