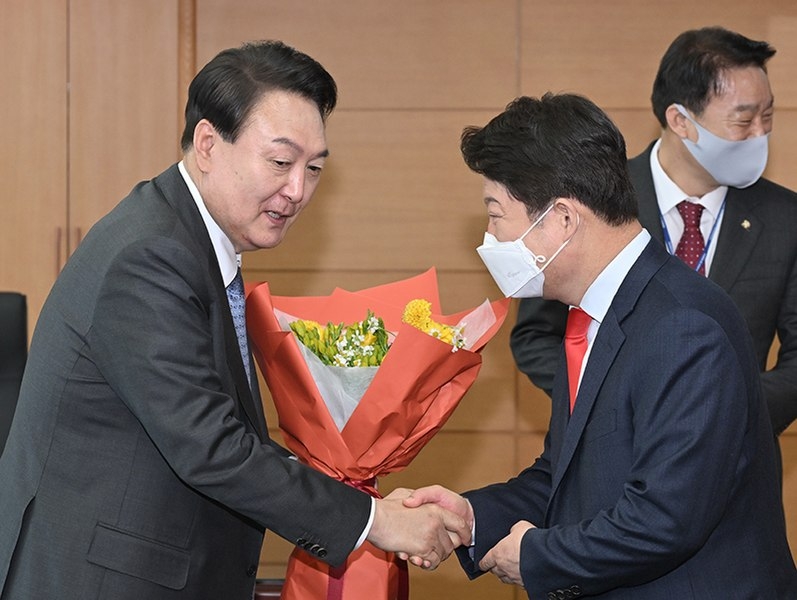 South Korea’s incoming President Yoon Suk-yeol is putting together the slate of individuals who will be serving in his administration when he takes office this month. Yoon’s transition committee has announced its new slate of top aides in several positions.

Reuters reports Yoon’s transition team Sunday announced its slate of aides for the conservative’s incoming administration. Yoon is to be inaugurated on May 10 after winning the presidential elections in March.

Domestically, Yoon’s administration will also be tackling the ongoing issue of rising housing prices and growing economic inequality that has peaked under his predecessor Moon Jae-in.

Yoon and his team have been engaging with world leaders in the weeks leading up to his inauguration. Last week, Reuters reported that a delegation of Yoon’s foreign policy aides traveled to Japan for a five-day visit and met with Japanese Prime Minister Fumio Kishida.

Yoon has expressed a desire to improve relations with Japan despite the constant disputes between both countries that stem from Japan’s colonization of the Korean peninsula from 1910 to 1945. Tokyo said that it is also determined to improve relations with South Korea, and during the meeting, Kishida stressed the importance of cooperation between both countries and the United States.

The visit to Japan last week came amidst speculation in local media that Kishida may attend Yoon’s inauguration.