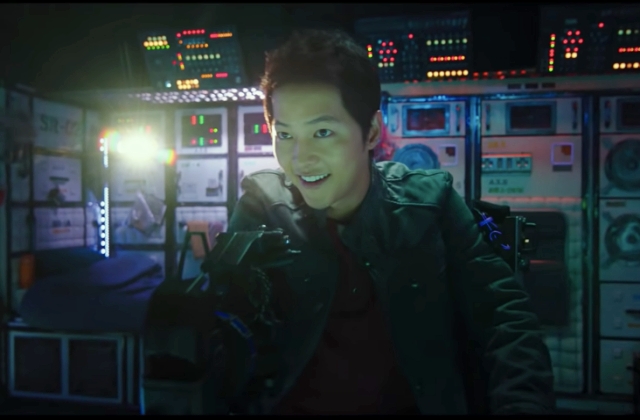 Song Joong Ki may have had a bad year last year since he went through a divorce. He is now officially single after the Seoul family court granted his separation request from Song Hye Kyo.

He went on a short break after the painful experience and spring back up after a few weeks. He started to work again and has been cast in dramas and movies. At that time, he was appearing in “Arthdal Chronicles” but since the drama has been divided into three parts, he filmed the last part after his divorce.

Getting back in the game

Song Joong Ki’s next projects were movies titled “Bogota” and “Space Sweepers” that was initially known as “Victory.” While he is still in the middle of filming the former, he already completed South Korea’s very first science - fiction movie.

Since the end of last year, this was already predicted to be a big hit not only because of Song Joong Ki who has not lost his fans despite the divorce, but because this is the first time that people will see such kind of movie from a Korean production. This can be categorized as the actor’s comeback on the big screen.

The trailer for Song Joong Ki’s movie has been released and many were in awe with how the movie was made. In fact, it can rival those that were produced in Hollywood.

As can be seen in the clip, Song Hye Kyo’s ex-husband looks really cool and his character seems to fit him well. It is definitely a well-made, high-class film that the Korean cinematics will surely be proud of.

“Space Sweepers” also stars other A-list actors like Yoo Hae Jin as the voice of Robot Eobdong, Jin Seon Kyu as Tiger Park, Kim Tae Ri as Captain Jang) and Kim Dae Han as researcher no. 2. There will be foreign actors as well like Richard Armitage and others with minor roles.

When will it premiere

As per The Korea Herald, Song Joong Ki’s “Space Sweepers” will be released in theaters this summer, with no specific date yet. It is hoped that there will be no delays due to the coronavirus pandemic.