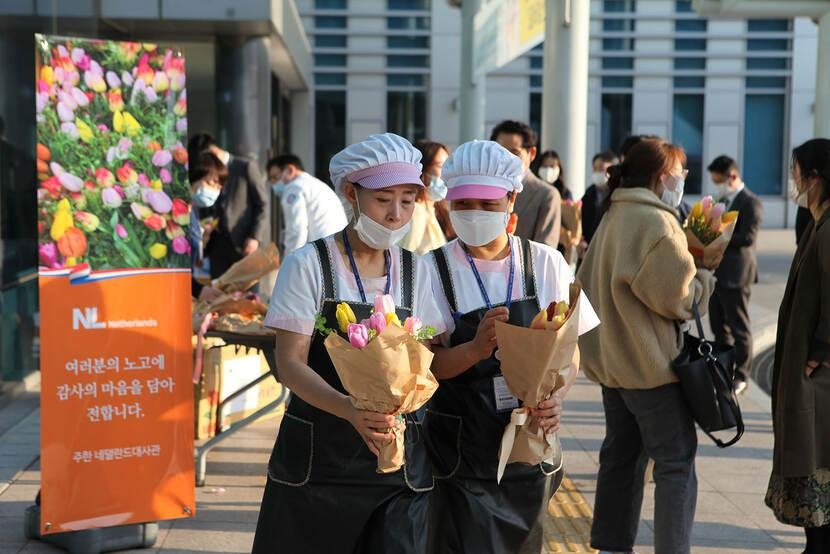 There is a sharp decrease in demand for flowers in South Korea with special events canceled and scaled-down, since the pandemic's onset early last year.

Seoul city's government has launched a campaign from promoting flower purchases to city hall's floral decoration and the expansion of its plant donation program to support flower farmers struggling to survive the pandemic's impact.

There is a sharp decrease in demand for flowers in South Korea with special events canceled and scaled-down, since the pandemic's onset early last year.

According to senior economic policy official Kim Eui-Seung, the city is asking for active participation in its 'one table, one flower' and the floral gift drives to help farmers offset plummeting prices.

As part of the movement, the government of Seoul will dress up the lobby, cafeteria, and other parts of the city hall with blossoms and vines from Tuesday until next month.

The city government will use more flowers for public cultural and educational programs while doubling the budget for its program of giving pet plants to the elderly from 200 million won to 400 million won.

The city also plans to install pop-up flower shops at the National Agricultural Cooperative Federation's discount outlets across the capital.