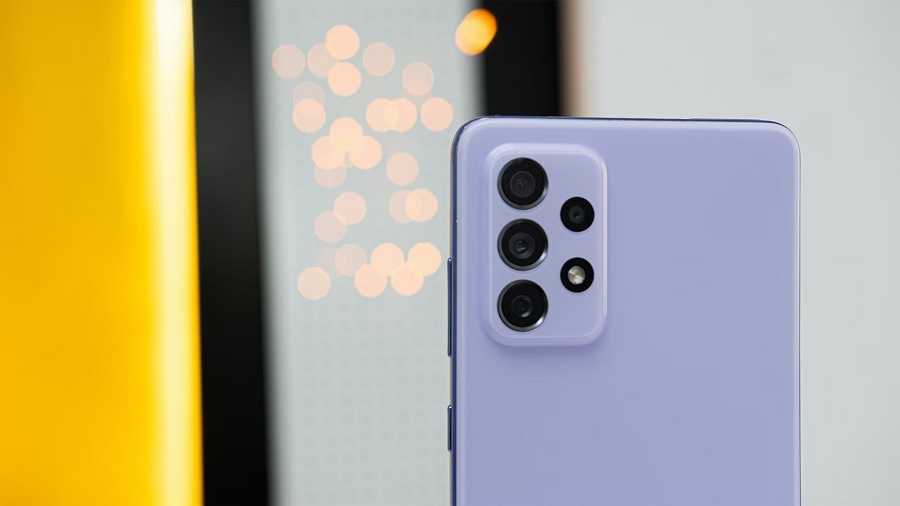 Renders allegedly showing the design of the upcoming Galaxy A73 surfaced recently, and it appears that Samsung is not planning a significant redesign. However, several notable changes in the technical specifications were mentioned in the new leak.

The images reportedly showing how the Galaxy A73 would look were recently shared by OnLeaks and in a Zoutons report. Fans of the Samsung Galaxy A-series may immediately notice that the upcoming device appears very similar to its predecessor, including its rear camera bump for four sensors and as well as the hole-punch cutout for the selfie camera.

There is also no visible physical fingerprint sensor, suggesting that the component will be placed under the display just like in the Galaxy A73’s predecessor. However, the renders are not showing any dedicated 3.5mm jack. The report also mentions that the upcoming device will sport a 6.7-inch screen with 1080 x 2400 pixels and a 90Hz refresh rate, which are the same display specs for the Galaxy A72. But the reported dimensions of Galaxy A73 (163.8 x 76.0 x 7.6mm) hint the device will be a tad thinner.

The biggest improvement cited in the report is in the Galaxy A73’s cameras. Aside from having the same number of rear-facing sensors, it is rumored to feature a 108MP camera. It would be a significant increase from the 64MP primary sensor included in the Galaxy A72. Details about the other sensors were not mentioned, but note that its predecessor has 8MP telephoto, 12MP ultra-wide, and 5MP macro lenses.

The same report only said the device would be available with 8GB RAM and 128GB storage, but it is unclear if Samsung plans on offering more memory options. The Galaxy A73 is expected to run on Android 12 and use the Snapdragon 750G SoC. While its battery capacity will remain at 5000mAh, it would support 33W fast charging, which is higher than the 25W capacity of the Galaxy A72 battery.

Galaxy A73 might be released sooner than expected, as the report suggests a possible launch later this month. It could be priced around “around Rs.32,999” (~$440) with Black and Gold color options.