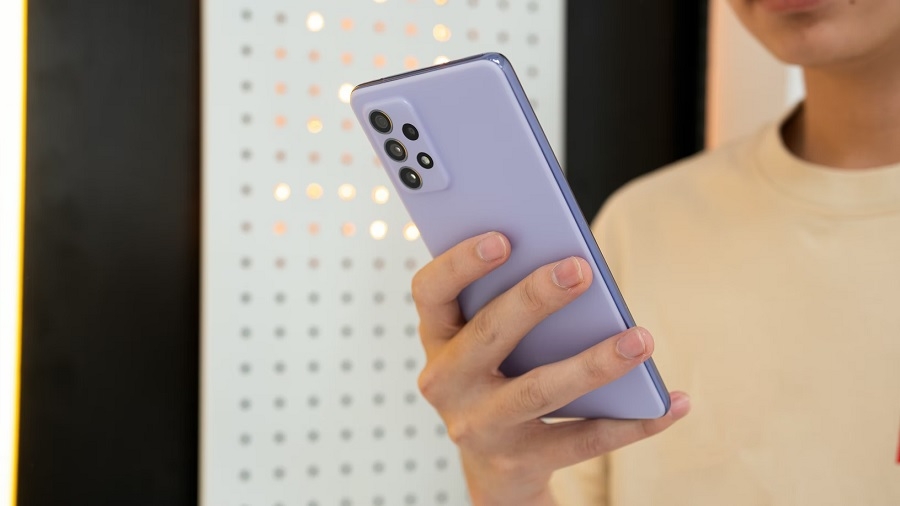 Samsung is expected to release a number of mid-range phones in the coming months, including the Galaxy A33 5G. Live photos showing the supposed frames for the upcoming device have appeared in the wild this week, suggesting that there are not that many changes to expect.

A source of 91Mobiles provided live images that allegedly show parts of a Samsung device with model number SM-A336. The report says that code likely refers to the upcoming Galaxy A33 5G.

The frames shown in the leaks corroborate previous press renders provided by prolific leaker OnLeaks. A rectangular cutout is spotted on the rear frame, where the camera bump is likely to be placed.

And to end up that leaky week, I have a last one for you… Here comes your very first look at the #Samsung #GalaxyA33 5G! (360° video + gorgeous 5K renders + dimensions)

Once again, on behalf of my Friends over @91mobiles -> https://t.co/sh1IzXNVom

Enjoy your weekend ya all ???? pic.twitter.com/TtLou3iwhl

The camera bump is expected to be one of the few designs to be changed in Galaxy A33 5G. Its predecessor did not have a rectangular bump housing all the cameras, while the three lenses stacked vertically were protruding in individual cutouts.

Samsung fans can also find the placements of the microphone, USB-C port, speakers, SIM tray, volume controls, and power button in the leaked Galaxy A33 5G frames. Like in the previously leaked renders, the live photos do not show any signs of a dedicated 3.5mm jack.

Aside from Galaxy A33 5G, Samsung is also expected to remove the 3.5mm jack from the Galaxy A53 5G. Samsung has already introduced this change for its premium phones. But it is still interesting to see Samsung implement this design tweak to more mid-range phones since there was a time when the company was mocking Apple for removing the 3.5mm jack from iPhones.

Reports expect the Galaxy A33 5G to launch as early as January 2022, which would be a full year since its predecessor was announced. It is not the only Samsung product expected to be unveiled that month, but it is unclear if Samsung would have the Galaxy A33 5G launch alongside the Galaxy S21 FE on the same day or event.