Radio as a form of struggle: scenes from late colonial Angola 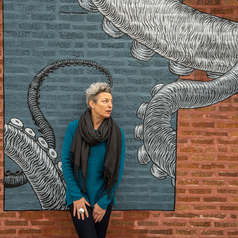 One August night in 1967 in the village of Mungo in central Angola, the local colonial administrator walked into a bar to buy cigarettes. As he entered, he noticed furtive gestures. The barman, Timoteo Chingualulo, turned down the volume on the radio and Chigualulo’s friend, António Francisco da Silva “Baião,” a nurse at the health delegation, changed the station.

After the administrator left, they returned to the original programming: Radio Brazzaville broadcasting the show Angola Combatente (Fighting Angola). The administrator could hear the show from his veranda. He reported this to the police, who arrested the two men – and took the offending radio.

The police found no evidence that the men were members of the Popular Movement for the Liberation of Angola), the liberation movement fighting for independence from Portugal. The movement was responsible for creating Angola Combatente, which was broadcast from Brazzaville in the neighbouring Republic of the Congo.

But, as the police document recounts:

it is inferred that the accused are partisans of an independent Angola, who, for now, are trying to satisfy their ambition by sending out the Brazzaville broadcasts publicly.

I heard and read stories like this over and over in interviews and archival research I did on radio and the state in Angola for my new book Powerful Frequencies: Radio, State Power, and the Cold War in Angola, 1931-2002. During research for my previous book Intonations, musicians and others remembered listening in hiding and using the colonial state broadcaster to promote their music.

In Powerful Frequencies, I argue that the colonial state and independent state used radio to project their power. But, like the story of Chingualulo and da Silva, listeners had their own ways of getting and disseminating information and news. Radio broadcasting and listening is not just about content, though. How radio works is as important as what radio says. Technology matters to, but doesn’t determine, how people produce meaning. The history of radio and state in Angola should remind us that the problems of fake news, bots, and infiltrated media ecosystems that make the headlines today have antecedents. They are also human problems that require human solutions. 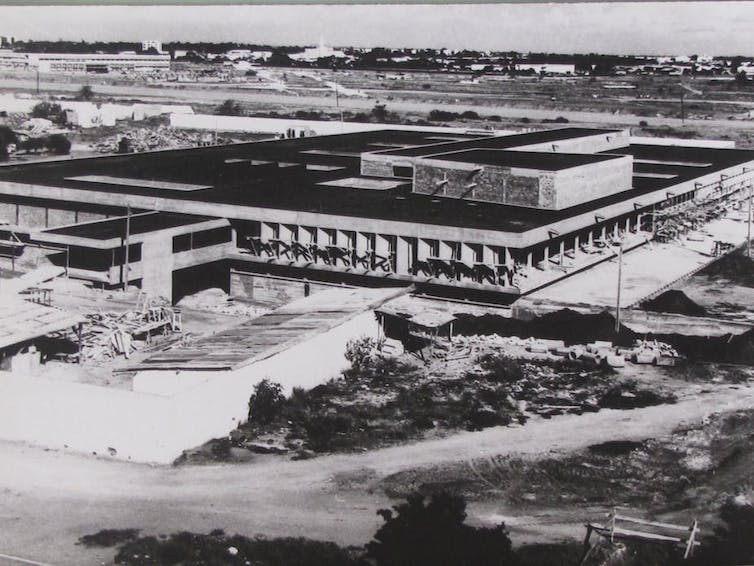 An anti-colonial war raged in Angola from 1961 until 1974. This shaped life in the Portuguese territory, including the habits of how Angolans listened to radio.

Many sought out news and information from a variety of sources. The colonial administration censored the local press and radio, controlling for news about the war and the national liberation movements that fought it. People – whether African labourers or black civil servants or white settlers – tuned into national and international broadcasters. The BBC, Radio France Internationale, the Voice of America, and Radio Moscow all broadcast in Portuguese.

Angola Combatente or Voz Livre de Angola (the National Front for the Liberation of Angola’s programme broadcast from Kinshasa) worried the secret police and Portuguese military the most. Listening to them could get you arrested. That is what happened to Chingualulo and da Silva.

Many listeners remember hiding out to listen – tucking themselves in small quiet places (under beds or desks) or in empty, open-air ones (soccer fields or rural backyards) – and passing along the information to other supporters of independence and nationalist activists. Some radio listeners recall the thrill of secret listening. 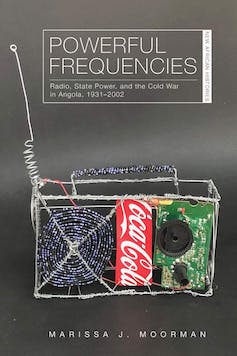 In the thousands of pages of transcribed programmes and of police reports related to radio, the secret police and military archives resound with nervousness. Despite winning the ground war, the liberation movement radios, in particular, unnerved Portuguese colonial officials. They speculated that even civil servants and “Europeans” listened. They worried about what they called the “electrifying effects” on listeners of liberation movement broadcasters, whose sounds sizzled across borders. And they proposed jamming the broadcasters but settled on counter-propaganda.

Bouncing electromagnetic waves off the ionosphere in shortwave, what liberation movement broadcasters (and other international radio) gained in distance they lost in quality at the point of reception.

The records I went through included police and military transcriptions that inscribe the fading, the lost sentences, the buzz of atmospheric interference, and the trailing off of sound.

Listeners in the territory, some like Chingualulo and da Silva, amplified the broken messages. Others passed along what they heard, becoming transmitters in their own right. Similar to Algerian listeners of the Voice of Algeria that Frantz Fanon described in A Dying Colonialism, people in the Angolan territory pieced together choppy sentences, imagining guerrillas in the bush and diplomatic sessions that debated their freedom at the United Nations.

Radio became a form of participating in the struggle. As Fanon wrote:

Claiming to have heard the Voice of Algeria was, in a certain sense, distorting the truth. But it was above all the occasion to proclaim one’s clandestine participation in the essence of the Revolution. It meant making a deliberate choice … between the enemy’s congenital lie and the people’s own lie, which suddenly acquired a dimension of truth.

Canny listeners understood that the liberation movements and the colonial state (in programmes on the Emissora Oficial de Angola/Official Angolan Broadcaster) broadcast propaganda, or what Fanon calls “lies”.

They didn’t believe everything they heard, no matter what the source. But they also understood the stakes: independence or continued oppression under Portuguese rule.

Powerful Frequencies: Radio, State Power, and the Cold War in Angola, 1931–2002 by Marissa J. Moorman is published by Ohio University Press. Order your copy over here.