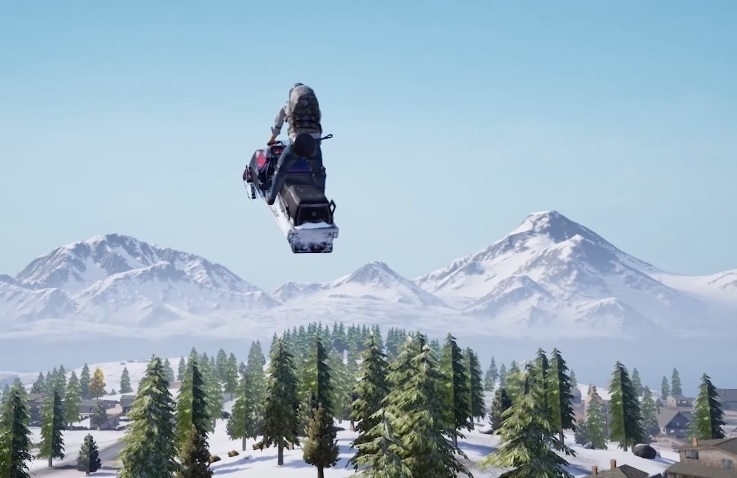 “PUBG Mobile” players stuck in their homes to observe social distancing have likely had a better week with the game’s patch 0.18.0 finally going live. The latest update comes with some already anticipated additions, but there are more gameplay contents to arrive such as the new game mode Jungle Adventure and Bluehole.

New game modes are undeniably some of the most anticipated aspects of every “PUBG Mobile” patch. They keep many players from getting bored by playing with the same game mechanics over and over. And the upcoming game modes in v0.18.0 should have the same effect and help players going into every match to face new forms of challenges.

“PUBG Mobile” EvoGround will have a new game mode called Bluehole where there will be two active zones at the same time to serve as the outer and inner zone. The latter signifies the next play zone field, but going in there while the outer zone is still active will cause players to lose health.

It is going to be an ongoing cycle while the match is still one. This means once the outer zone shrinks down to the scope of the inner zone, a new inner zone will appear. This upcoming “PUBG Mobile” EvoGround mode will be set in Erangel in Classic Mode. Expect supplies to appear 50% more frequently and be ready to revive killed teammates in 4 seconds.

The upcoming Jungle Adventure Mode, on the other hand, takes place in Sanhok in Classic Mode. Considering Sanhok’s terrain and appearance, there is no other map more appropriate to host a jungle-themed “PUBG Mobile” match.

Jungle Adventure practically adds more rewarding features like ancient totems that spawns a “blessing” or an item, fruits and other types of foods will have “mysterious effects” to “PUBG Mobile” players, and access to a hot air balloon to canvas the area and search for enemies.

‘PUBG Mobile’: When are Jungle Adventure and Bluehole Modes arriving?

Tencent has yet to announce a release date for these new game modes. But since they are listed as part of the v0.18.0 patch notes, there is a good chance they will be added to “PUBG Mobile” in the coming weeks. Players just have to make sure their game is updated to the latest version to get these game modes once they are officially out.