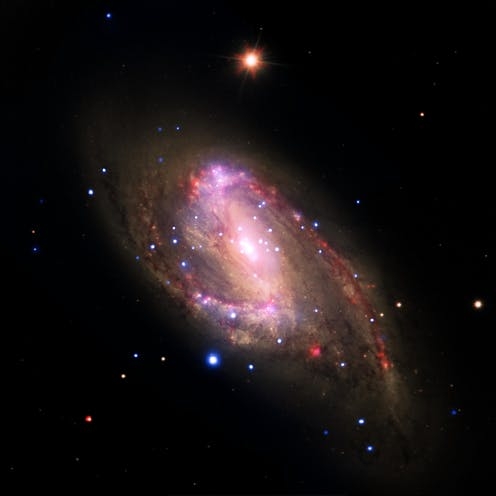 New technologies have enabled us to learn more about black holes. (NASA) 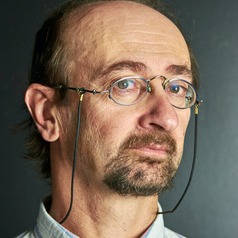 It took Albert Einstein 10 years to find the equations of general relativity, but German astrophysicist Karl Schwarzschild only needed a few months to solve them. Schwarzschild’s solution describes the gravity of an isolated, spherical and unchanging object — the enigmatic black hole — but it was not understood for many years.

Black holes helped to explain new astronomical discoveries, becoming essential ingredients of astrophysics. Science regarded black holes as abstractions until the 1960s. The recent experimental discovery of gravitational waves has changed our understanding of what black holes are.

In 2016, the LIGO-Virgo collaboration detected gravitational waves generated by two merging black holes, opening a new era of astronomy celebrated by the 2017 Nobel Prize in physics.

In 2019, the Event Horizon Telescope released an image of the supermassive black hole in the nearby galaxy M87. The following year, the Nobel Prize in physics recognized the trailblazing theoretical black hole studies of Roger Penrose and the observational ones by Andrea Ghez and Reinhard Genzel.

What is a black hole?

The notion of black hole reflected in popular science hinges on the idea of event horizon — this is when the velocity needed to escape the gravitational pull of the black hole exceeds the speed of light. Whatever falls into the event horizon is lost forever.

Another mathematical solution to Einstein’s equations describes the formation of a black hole through the collapse of a spherical shell of light. An event horizon forms at its centre, expands outwards, meets the infalling shell of light at the Schwarzschild radius where it stops — et voilà! — a black hole is formed.

Perfectly isolated or unchanging black holes do not exist. Real-world black holes are surrounded by disks orbiting them, stellar winds and dark matter, all of which produce infalling matter that increases their masses.

Black holes often exist in pairs, spiralling closer and closer to each other and emitting gravitational waves until they merge into a larger black hole, the horizon changing in time, dramatically so at the merger. 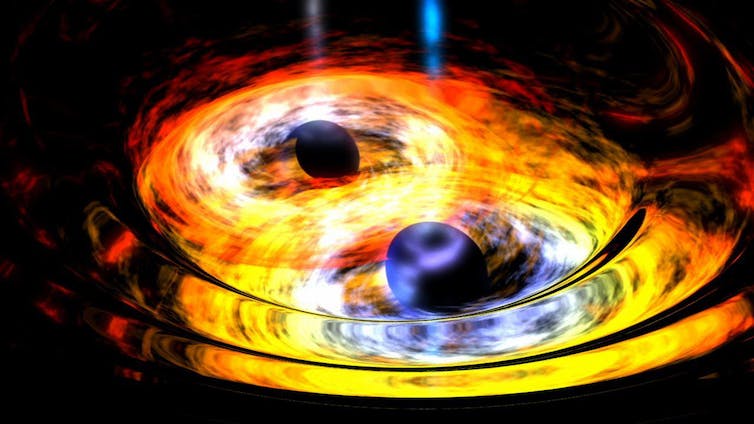 An artist’s rendition of two black holes spiralling into each other. (NASA)

The 2016 LIGO/Virgo gravitational waves originated in the spectacular merger of two black holes. By the time these waves reached Earth, they were weaker than the ambient noise and could only be identified by matching theoretical templates of the expected signal to the data.

Apparent horizons have played a crucial role in the newly born gravitational wave astronomy, but are surprisingly little known.

Black holes change because they live in an expanding universe. Theoretical physicist Stephen Hawking predicted that all black holes radiate energy due to quantum mechanics, which makes them shrink. Although negligible for practical purposes, this radiation is unavoidable in principle.

Our understanding of black holes is based on the mathematical definition of horizon. The apparent horizon is defined by the behaviour of light rays in its vicinity: rays cannot escape (and since nothing moves faster than light, nothing escapes) at the present moment.

The very existence of the black hole has come to depend on the observer, while the old event horizon was universal.

The mathematics expressing the new black hole concept tells us that, even in Schwarzschild’s case, certain observers exist according to whom there is no apparent horizon and, therefore, no black hole! Admittedly, these mathematical observers are very artificial. All natural observations (those that occur through observing the actual behaviour of a black hole) that perceive the Schwarzschild geometry as spherical, agree on the existence and location of the apparent horizon.

Scientists have finally detected gravitational waves from black holes but had to change the way they understand them. The essence of black hole theory is now different.