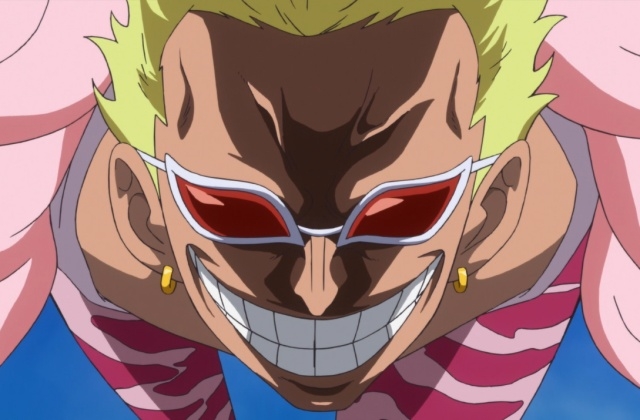 Many events are happening as this anime is fast approaching its 1000th episode. The war in Onigashima is ongoing in “One Piece” chapter 997 and while everyone is fighting, a virus is also going around and an antidote is needed to stop its spread and heal the infected ones.

In the previous chapter 996, titled “Island of the Strongest,” Usopp and Nami were saved by Tama, Kumachiyo and Hihimaru from Page One and Ulti. Tama was able to get to Onigashima after hitching a ride from an enemy’s ship.

Yamato has also saved Momonosuke and Shinobu who are being chased by Sasaki’s group. General Franky also arrived when Sasaki was about to fight with Yamato. In turn, Number Eight tried to destroy Franky by creating a crater on the ground which Yamato used as a way path to escape with Shinobu and Momo instead.

Law also found a Poneglyph but it was nothing special as it was only the regular type. He arrived at Wano by going through the back entrance as he took a different passageway from the Red Scabbards.

Kaido is still fighting at the roof in his human form but he is defeating the scabbards at this point. Big Mom then appeared at the Performance Floor and said told everyone that there is nothing to worry about because she only wants to be where Kaido is. Luffy and his allies are also on their way to the roof when Sanji heard an unidentified voice.

Spoilers - What’s up next and release date

As posted on Reddit’s discussion board for “One Piece” chapter 997 spoilers, this story has been titled "Homura” or “Fireworks." It will show Sanji being caught by Black Maria while Zoro finally caught up and defeated Apoo to get the antidote to the plague.

Zoro was really furious after seeing Kiku’s arm falling from the sky and Kaido was responsible for this. Chopper is also working to create an antidote that will cure everyone and he is progressing well after discovering the structure of Queen's virus.

Queen failed to attack Chopper as Zoro was there to protect him. In any case, Yamato said something about a dragon flame in “One Piece” chapter 997 and suddenly, the island rumbled. Lastly, this chapter will show Kaido covering the island with a cloud as he is planning to take Onigashima to the Capital of Flowers.

Meanwhile, “One Piece” chapter 997 will be released on Nov. 29. It will be available on Manga Plus, Viz Media and Shonen Jump.