Carrie Underwood accused of neglecting her family due to her obsession with getting fit: Report 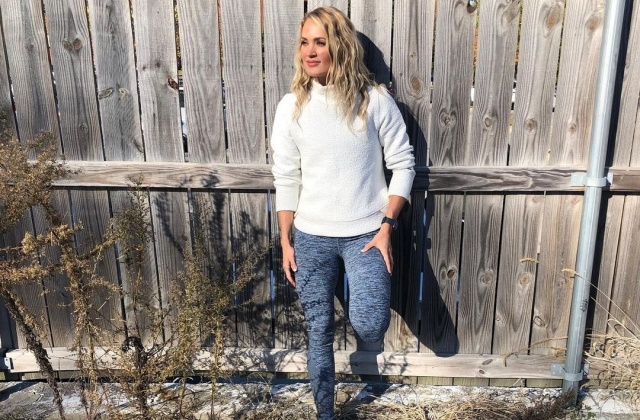 Carrie Underwood has been accused of ignoring his family and neglecting them for the sake of getting fit. The “Temporary Home” singer spends most of her time working out and this is already making her husband Mike Fisher upset.

The 37-year-old already has two children and yet, rather than taking care of them and her husband, she has been lifting weights and sweating it out at a gym. Carrie Underwood has no time for her family and this is causing great marital issues too.

Carrie is allegedly obsessed with working out

The National Enquirer published an article titled “Gym Rat Carrie’s Family in a Sweat” and it was reported that Carrie Underwood has been working out really hard as she would like to get rid of the baby weight she gained from her second pregnancy. But then, it was too much and it is really starting to bother her husband Mike Fisher.

“She’s obsessed with getting in shape and spends three hours or more at the gym every day,” the tipster told the tabloid. “Mike is begging his wife to spend more time with him and their children.”

Carrie Underwood has been described as obsessed with losing weight. She wants to get back to shape after giving birth to their second child Jacob, but she has been neglecting them to achieve her own goal.

It was said that while Carrie already returned to her normal weight before getting pregnant, she still has not slowed down from exercising. She is allegedly using Jacob’s birth as an excuse to continue with her hard work out routine.

“Carrie insists she needs to do this because of her changing metabolism,” the source added. She measures her waist every week and if it’s up a notch her workouts go into overdrive!”

Debunking the allegations on Carrie’s story

Gossip Cop investigated the facts provided in the story published by the National Enquirer and concluded that there is no truth in the claims. In reality, it is not only Carrie Underwood who likes to exercise to stay fit. Her husband, Mike Fisher, is actually the health buff between the two but she is happy to join him every time he sweats it out at the gym.

And although they are fond of working out, both Carrie and Mike never neglected their children. The couple is actually known to be so caring about their kids as they have lost a child before and considered their second child a miracle.