OREO offers cookie treats to aliens amid the UFO sightings 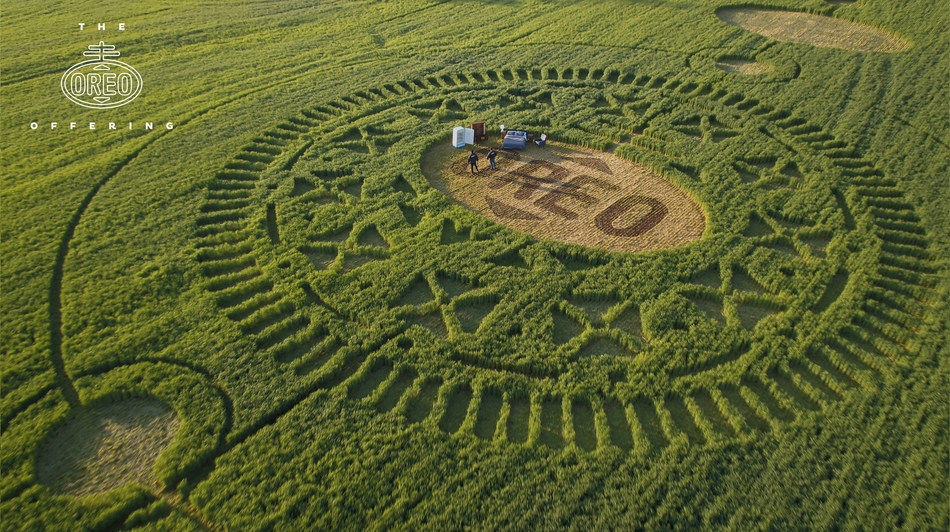 OREO offers free cookies to aliens as the latest sightings of UFOs have increased. Recent intelligence reports show that there are many sightings that could not be explained, and the famous cookie brand saw this as an opportunity to get friendly with the aliens.

OREO thinks that perhaps aliens may like cookies too, so it put an effort to welcome the aliens by making an “offering.” Fox Business reported that as UFOs continue to make headlines recently, Mondelez, the maker of the famous OREO cookies, wants to give a gift to visitors from another world.

Oreos and milk for the aliens

As part of its offering to all the extraterrestrial creatures that may have landed on Earth, OREO is treating them with the human’s favorite cookie. Aliens will get to taste the double stuffed Oreos, and milk is added for the ultimate experience for the other lifeforms “out there.”

The company said in a statement that it decided to organize the Oreo “offering” since its goal is to “bring all life forms together.” As part of this move, the cookie maker made a limited edition pack of the original chocolate cookies with vanilla cream.

The packaging features a UFO-themed blue design background and a cookie in the middle that is offered to the aliens. The tagline "Bringing all lifeforms together" was also printed on the wrapper.

Everyone is aware of the mysterious crop circles that have emerged in plantations for years. No one can explain what they are and how they were done, so it was believed to be the works of the aliens that have visited the Earth. The symbols were unusual, and up to now, there is still no explanation as to what they could mean and why they were left in the fields.

The crop circles are mysterious formations in cornfields, and the patterns are created by flattening a crop. With its massive size, this cannot be done in a day without anyone noticing, but these just cropped up out of the blue, so it is widely believed this was left by the aliens as a way of communicating with their own kind from another planet.

In any case, Oreo made its own crop circle on a Kansas farm to let aliens know they can have free OREO cookies. The design is said to be three acres wide, so UFOs will clearly see them from the sky. According to the cookie company, the aliens have enjoyed the cookies and milk after taking the offering.

"For over 109 years, OREO has brought people on earth together by inspiring moments of connection,” Oreo’s senior brand manager, Olympia Portale, said in a press release. “Now, the brand is extending its playful personality across the universe to enable all possible life forms to come together over an OREO cookie."