India's staggering COVID crisis could have been avoided. But the government dropped its guard too soon

For Vladimir Putin and other autocrats, ruthlessly repressing the opposition is often a winning way to stay in power

Armin Laschet: who is the man chosen to replace Angela Merkel? 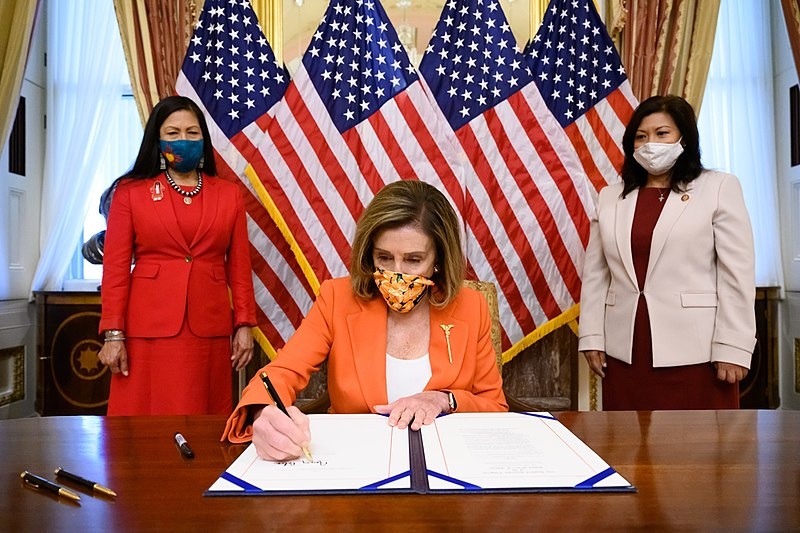 The acquittal by the Senate of Donald Trump has led House Speaker Nancy Pelosi to call upon establishing an independent commission on the Capitol riots last January 6. Pelosi announced that the commission would also be given the authority to issue subpoenas on individuals involved.

Last week, Pelosi announced to the press that the commission that will be investigating the events of January 6th will have the authority to issue subpoenas. This means that they will be allowed to force testimony and documents as well as force reluctant individuals to testify. Pelosi made the announcement days after she first informed her colleagues in the House that she will push through with legislation to investigate the Capitol pro-Trump riots. This would also mean that the commission will have the power to get information from lawmakers who may have knowledge about the events before the insurrection began. The phone call by House GOP leader Kevin McCarthy to Trump at the time was already featured in the impeachment trials.

Once established, the commission’s subpoena power will allow them to demand documents from the administration related to the deployment of the National Guard to the DC Police, and the Pentagon about the emergency response at the time, as well as the Capitol Police and federal law enforcement about what they knew of the culprits. However, even if a subpoena is not issued, the threat of issuing one can already encourage compliance to requests asking for information.

The commission may also choose to pursue the assertion by the Democratic lawmakers that several of their GOP counterparts were giving “reconnaissance tours” at the Capitol on January 5, the day before. While the House impeachment managers ultimately decided not to call on witnesses during the trial, they had already laid the groundwork for the fact-finding commission.

Meanwhile, Pelosi blasted her Republican colleagues over their approach to the ongoing COVID-19 pandemic. As of now, 500,000 Americans have died from the disease. Pelosi referred to House Minority Whip Steve Scalise, who cast doubt on the COVID-19 vaccines that are already being distributed nationwide.

“Less than one week after urging House Republicans to block $160 billion in funding for vaccines to tackle the COVID-19 pandemic, Minority Whip Steve Scalise is using his position to elevate Republicans who have publicly urged Americans not to take the COVID-19 vaccine,” said Pelosi. “Scalise is scheduled to lead a CPAC panel with Wayne Dupree, a Republican activist who has repeatedly cast doubt on the safety of COVID-19 vaccines and encouraged Americans not to take it.”