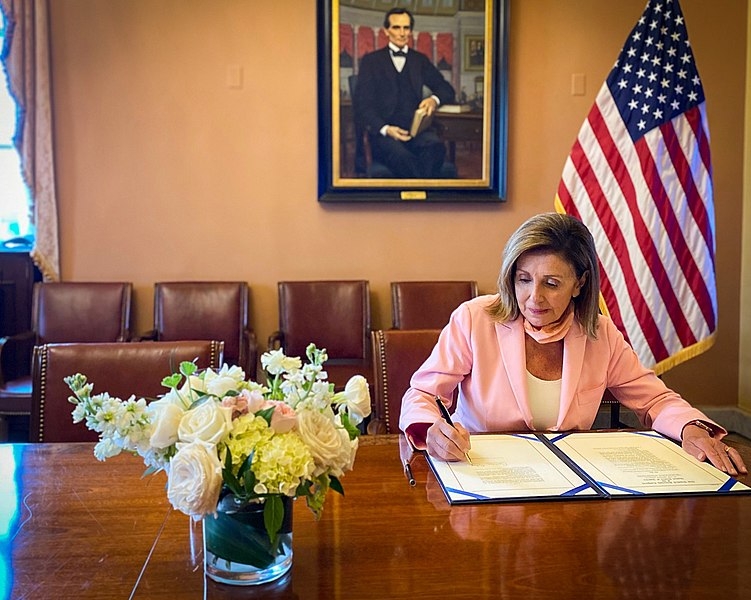 Washington DC is still reeling from the aftermath of the January 6 violence at the Capitol. As House Speaker Nancy Pelosi calls upon an independent commission to look into the riot that occurred, GOP members of the House are calling for her to withdraw the National Guard.

House Republicans are now questioning Pelosi on the need to have the National Guard stationed around the complex even a month after the insurrection incited by Donald Trump. Congresswoman Lisa McClain, a member of the House Armed Services Committee, called that Pelosi brief lawmakers in Congress on the lingering security presence around the Capitol which now amounts to up to $500 million. The presence of the National Guard increased days after the January 6 riots and up to Joe Biden’s inauguration. This was also paired with the warnings from top homeland security officials of a rising threat in the midst of ongoing risks.

McClain blasted Pelosi when she appeared on Fox & Friends for failing to provide information on the lingering presence of the National Guard. “Myself and several of my colleagues have asked Nancy Pelosi for a briefing as to why do we need these troops here, and we have received zero information, zero,” said McClain. “Just tell me why. I feel like there’s a boogeyman under my bed. Just explain to us why we have the National Guard troops. It’s amazing to me that she can do this without any disclosure, without any information, and just continue to spend money with no briefing.”

Other GOP lawmakers have also begun to cast doubt on Pelosi in recent days, with Wisconsin Senator Ron Johnson and Arkansas Senator Tom Cotton suggesting that the House Speaker may have been involved in the riots. Their suggestions are another attempt to shift the blame away from Trump, whose supporters stormed the Capitol on January 6, targeting Pelosi, now-Senate Majority Leader Chuck Schumer, and then-vice president Mike Pence. Pelosi was escorted by Capitol Police out of the venue completely during the siege that killed five people, including Capitol police officer Brian Sicknick.

Appearing on Fox News Tuesday, Cotton said he thinks Pelosi will have to answer a lot of questions regarding what she knew leading up to the insurrection.