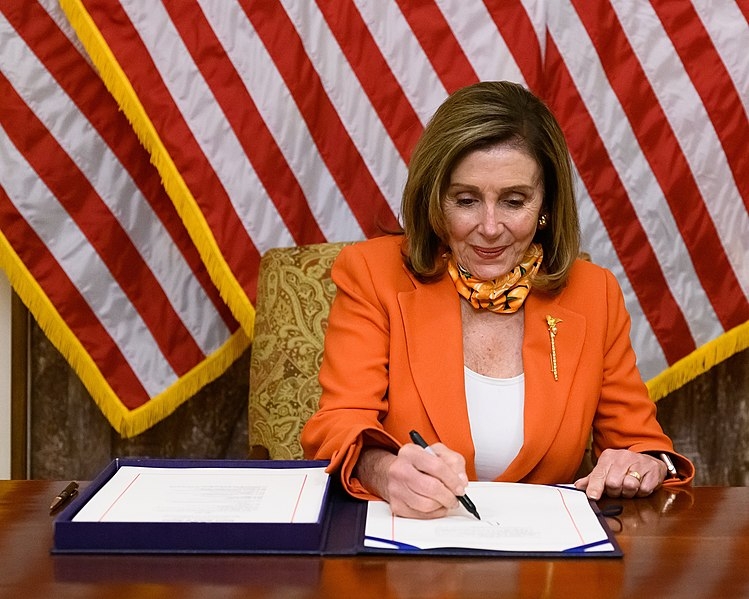 The Senate trials for now-former President Donald Trump are underway, charging Trump for inciting the insurrection last January 6. The Democratic impeachment managers have recently played new audio recordings and video footage from the riots, further confirming that House Speaker Nancy Pelosi was among the targets.

The House impeachment managers presented more evidence during the Senate trials, showing audio recordings and video footage of the pro-Trump rioters targeting Pelosi. The new footage in question showed one of the rioters calling for the House Speaker as they walked along the halls of the Capitol. The one recording the footage even called out to Pelosi in a sing-song manner, reenacting a slasher film trope. Compared to most of the members of Congress who sought shelter in a secure location, Pelosi was escorted out of the Capitol completely.

Virgin Islands Representative, Democrat Stacey Plaskett noted that the footage was because members of the pro-Trump mob declared their intention to kill the House Speaker if they found her. Aside from Pelosi, the rioters were also targeting then-vice president Mike Pence, who was also found to have been escorted away along with his family when the riots occurred. Pelosi was among the former president’s targets, attacking her either on social media or verbally in events.

The pro-Trump rioters stormed the Capitol on January 6 in an attempt to derail the formal counting and certification of electoral votes by Congress. The session resumed hours later, further confirming Joe Biden’s election victory with 306 electoral votes. Biden was sworn in on January 20. Pelosi signed the articles of impeachment against Trump in the weeks following the riots.

Meanwhile, Pelosi is expecting the Democrats to pass their next COVID-19 relief package before programs that would help tide over unemployed Americans would expire next month. The House seeks to approve the $1.9 trillion aid plan before the end of the month so it could be sent to the president’s desk. The policies are set to add a $300 a week federal employment supplement as well as expand the benefits eligibility to Americans who are self-employed and contracted workers as well as extend the weeks that Americans can receive these benefits.