‘NBA 2K20’ gameplay, update: How to get Kobe Bryant Pink Diamond card for free, why fans are calling it ‘disrespectful’ 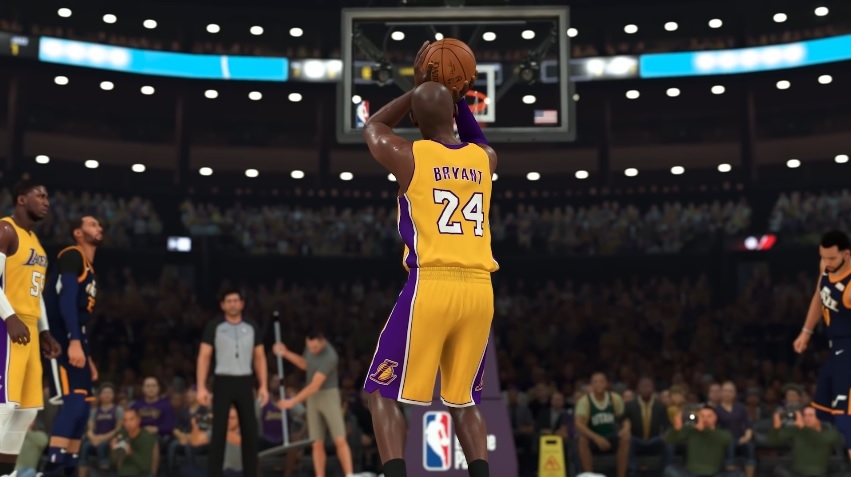 Developers of “NBA 2K20” have recently paid tribute to the late Kobe Bryant by releasing his Pink Diamond card in the game that players can acquire for free. However, many fans have started calling out 2K Games, saying the card’s stats are “disrespectful” toward his legacy.

The Kobe Pink Diamond card went live on Monday for “NBA 2K20” players. Its stats are based on his final year playing for the Los Angeles Lakers, 2K Games noted. The other good news is that the card can be acquired for free.

Players will only have to access MyTEAM and use the locker code KOBE-JHE93-J987G-PWEHD. Basketball fans should note that this requires the base game of “NBA 2K20” and will only provide one Kobe Pink Diamond card per “NBA 2K20” account. The code can be redeemed until Dec. 31, 2021.

This kind of tribute for Bryant has been expected to happen in “NBA 2K20,” but many gamers are calling out the developers for the stats that Mamba’s card has. It has a 96 overall rating, 89 outside scoring, 90 close shot, 90 mid-shot, 88 on the three-point shooting, 98 shot IQ, 50 driving dunk, 78 on ball passing speed, 65 passing vision, among others.

Aside from calling the card disrespectful, some fans have also started posting a side by side comparison of Bryant’s “NBA 2K20” card and other players such as Donovan Mitchell and Gilbert Arena. Another gamer even suggested that whoever decided on the stats of Bryant’s cards should be fired.

On the other hand, some players still appreciate the release of the Kobe Pink Diamond card and emphasized that it is a good thing 2K Games released it for free. These special cards are often launched behind a paywall.