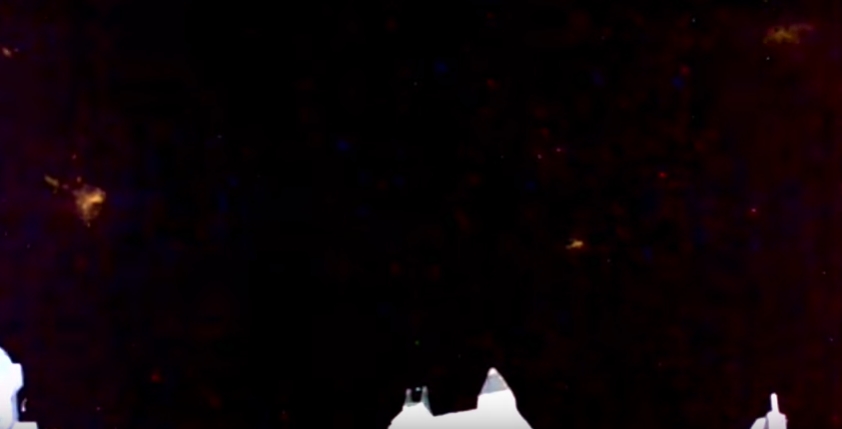 One of NASA’s satellites was, reportedly, able to capture a photo of an unidentified flying object. The same UFO can also be potentially bigger than the Earth in size.

Scott Waring of ET Database wrote that NASA’s Solar and Heliospheric Observatory has made a discovery, last week on the 21st of November. Waring writes that the agency may have spotted an alien spacecraft flying in close proximity of the sun. The NASA live ISS cam captured footage of the astronaut who managed to spot the anomaly near the sun.

The astronaut on the International Space Station told ground control that it is a ship, to which NASA replied “Copy all. We just clarified. It's with you...thank you.”

Waring believes that NASA knows and has always known about alien spaceships flying past its stations but thinks the space agency is determined to cover it up. He also believes that NASA does not want to confirm nor deny the presence of actual aliens. To back his point up even further, he points out to the quality of the video captured. At the very beginning, the video was clear, but when it cut to the UFOs in question, the quality became grainy.

Apparently, UFOs are known to cause electrical interferences that can shut down cars, trucks as well as watches.

In the video, Waring describes that the UFO spacecraft seems to have “uncloaked” itself. The UFO was seen to be moving upwards at a slow pace. His initial impression was that it might have been a kind of magma or solar material that would come from the sun. However, the shape of the object was a little too defined to simply be solar material. Waring further describes that the shape of the object was that of an arrowhead and due to it having a lot of many angles, it cannot be seen as the said solar material.

Waring goes on to explain that due to the sun’s radius, the spacecraft can potentially be 10 times bigger than the Earth. This would mean that this kind of spaceship would be easily created by the advanced technology harbored by aliens.