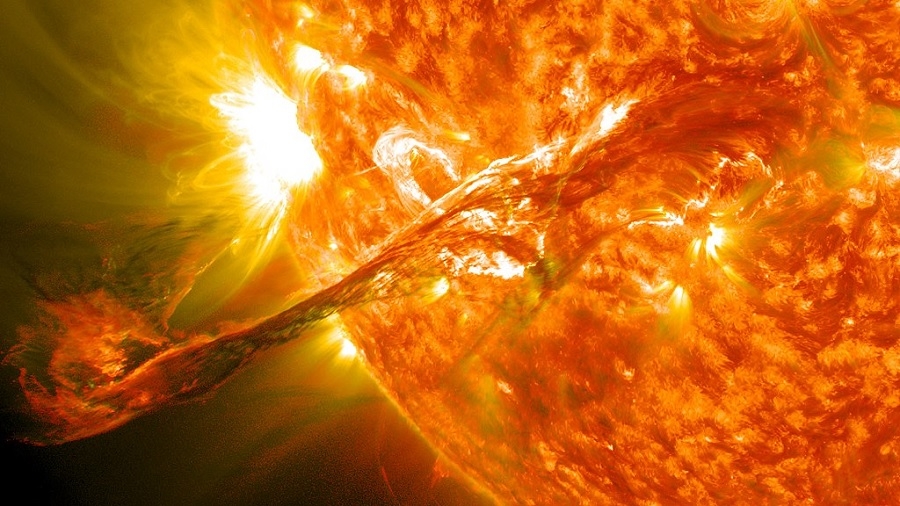 A version of the photo that captured a long filament of solar material that had been hovering in the sun's atmosphere that erupted out into space on August 31, 2012. | Photo credit: NASA/GSFC/SDO via Flickr.com

Photos and videos from satellites of the National Aeronautics and Space Administration (NASA) have captured over the previous decades have provided the world a much clearer view of outer space. However, some of its images also sparked wild theories such as the time when a massive object is seen seemingly hovering above the Sun. A space enthusiast now asks whether it is a giant UFO or a rogue planet.

It has been established that there are still so many things that humans have yet to learn about the universe and even the Solar System alone. So when images and videos from NASA show some unidentified objects moving around or near planets and the Sun, expect it to be followed with many theories in an attempt to make sense of it.

One good example is a video of the Sun taken through the Solar & Heliospheric Observatory (SOHO) dissected by the YouTube channel Terry’s Theories (via IBTimes). The images were captured in 2013 and showed a black spot seemingly orbiting around the Sun’s photosphere.

Based on the size of the black spot, Terry’s Theories suggested that it could be as big as a planet. Furthermore, the space enthusiast floated the possibility that it was a displaced planet sucked in by the Sun’s gravitational pull.

Another interesting from the same source is that the black spot orbiting very near the Sun’s photosphere is some sort of satellite or probe that NASA launched. If this is accurate, it should be something built with very special materials and top-notch engineering merely because of the temperature that it must endure being that close to the Sun’s photosphere. It has been estimated that the temperature in this layer of the giant star could be as high as 10,000 degrees Fahrenheit or 5,500 degrees Celsius.

This is not the first time a space enthusiast focused on a mysterious object moving near to the Sun. Earlier this year, a UFO was spotted by Scott Waring of the ET DataBase (via Mirror) that appears similar to what Terry’s Theories found. But, unlike in the YouTube video above, the object Waring observed eventually vanished after getting hit by a flare.