Mike Pence, Mike Pompeo needed to be reminded that the US would not strike Iran, former Pentagon chief says 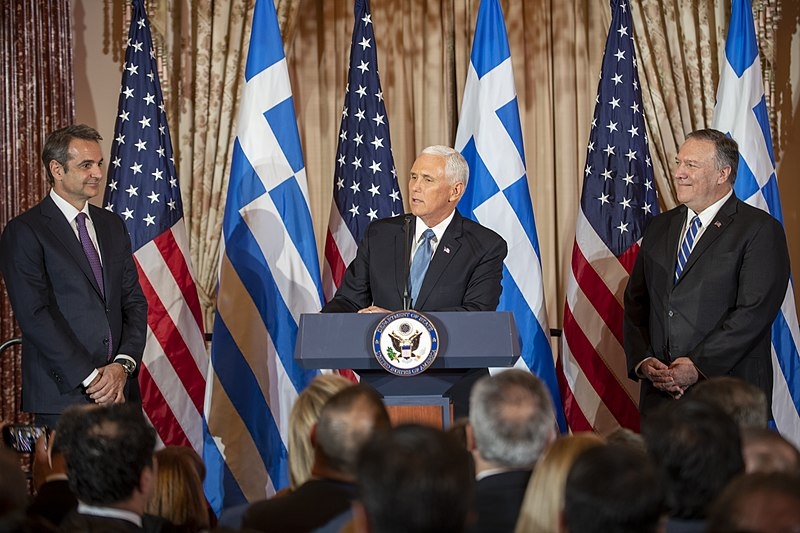 Former US Defense Secretary Mark Esper wrote about his experiences serving under former President Donald Trump in his tell-all memoir. In one part of the book, Esper described now-former vice president Mike Pence and now-former Secretary of State Mike Pompeo as “Warhawks” who needed to be reminded that Trump was not going to strike Iran.

In his book, Esper recalled his meetings with Trump to discuss options on how to respond to Iran after Iranian forces shot down a US drone. The discussions were as early as October of 2019. At the meetings, Esper provided the now-former president with options that targeted several Iranian assets that had varying degrees of impact, along with estimates of casualties and the anticipated responses.

Esper recalled that it was difficult to keep Trump focused on what was being presented to him as the now-former president would often get sidetracked onto other topics. The former Pentagon chief recalled that there were times when officials such as Commerce Secretary Wilbur Ross suggested a tougher approach. Esper wrote that he had to remind Trump of what he pledged was to not give Iran a nuclear weapon nor go to war.

Esper said he would read the phrases regarding Iran aloud in the room “to remind the president of what he said, let him know that we were listening, and ensure others in the room – especially the Warhawks like National Security Adviser Robert O’Brien, and to a lesser extent Secretary of State Pompeo and Vice President Pence – were all reminded of the president’s views.”

A rift has grown between Pence and his former boss over the 2020 elections, with Pence ultimately refusing to do Trump’s bidding by rejecting the electoral votes in favor of Joe Biden. Pence became a target of the pro-Trump mob on January 6, along with other congressional leaders.

In a report by Raw Story, Trump loyalist attorney Lin Wood’s baseless accusations of Pence, accusing Pence of being a “traitor,” a “communist sympathizer,” and a “child molester,” with assistance from prominent QAnon conspiracy theorist Ron Watkins, could be traced back to a federal felon. Wood’s accusations of Pence also hit its peak during the January 6 rally that preceded the insurrection.

The felon in question is Ryan Dark White, also known as Jonathan McGreevey, who notoriously peddled conspiracy theories. Wood’s baseless accusations toward Pence, along with claims of government betrayal, would stem from a story that White came up with, linking Deputy Attorney General Rod Rosenstein to the murder of DNC staff Seth Rich back in 2016.